3s lose their heads - and the chance of JLC success 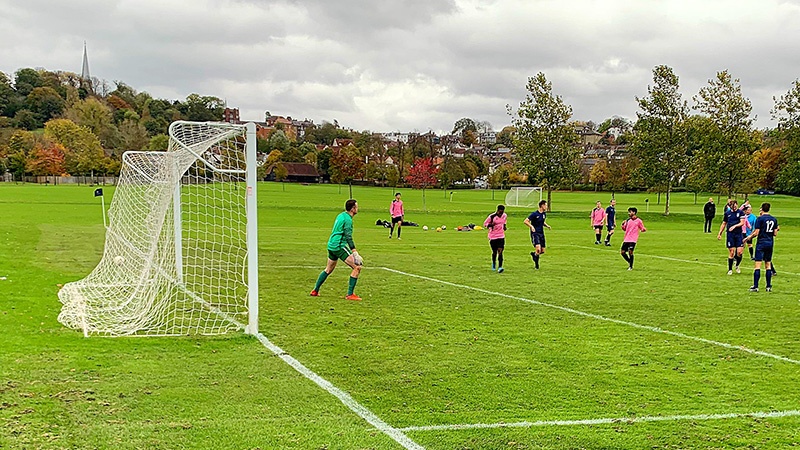 The OHAFC 3rd XI were surprisingly dumped out of the Junior League Cup at the first hurdle following an ill-tempered 3-2 defeat at home to Division Five South side Old Westminsters 2s. Despite taking a 2-1 lead shortly after half-time, the hosts were undone by a couple of controversial goals following stringent appeals for offside. In truth, the home side had only themselves to blame, allowing their opponents and the referee to distract them from their own performances, in a game they should really have won.

Despite the Phil pitches once more being in pristine condition, the first half proved a scrappy affair, with both sides struggling to string together many moves of note. The visitors scored the only goal prior to the break, a lobbed shot over keeper Tom Mitchell that the home side felt was clearly offside. Vociferous protests spilt over into a confrontation between the two teams, with one Westminsters player removed from the fray for his own good.

Half-time saw tempers cool, with skipper Ed Nicholson urging his men to focus on the task at hand. And his words appeared to strike home, with the home side turning things round soon after the break. Ali Buckley proved the catalyst, levelling the scores having robbed the last defender of possession and rounding the keeper, before then supplying a long throw into the box for Adam Graham to score from.

But the tie then descended into a series of unpleasant spats as the home side lost their heads at what they perceived to be two clearly offside goals scored by the visitors. A long ball over the top saw the entire OHAFC back four stop and wait for a whistle, only for play to be allowed to continue. Keeper Tom Mitchell was beaten and the tie was level at 2-2.

With the home side fuming, another goal that looked offside was then also allowed to stand, leading to furious scenes. The closing stages proved a miserable affair for everyone involved.

The 3s next travel to face the Old Albanians in Division Four and will need to produce a far better display than the one they gave here if they are to come away with anything.