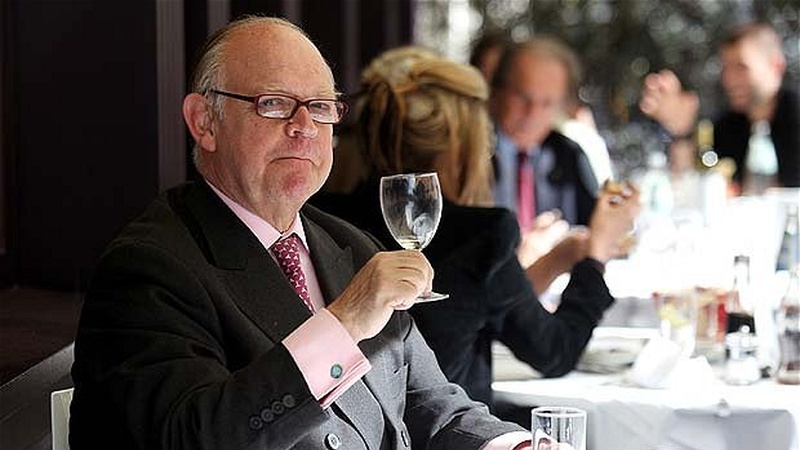 David is regarded as the principal architect of the Club’s 1963 re-establishment which had begun the previous season when a number of young Old Harrovians masqueraded as footballers under the banner of Exhill F.C. Four matches were played, and lost, agaisnt such improbable opponents as Stevenstown Rovers and Manor Rangers.

David, an ambidextrous full-back and set-piece specialist, was the motivating force in these early days of the Club’s development and was instrumental in the OHAFC gaining entry to The Arthurian League in 1965 and re-entry to the Arthur Dunn Cup in 1966. A 2nd XI, led by David and Roddy Hill, but with no formally elected captain, then entered the League in 1966.

OHAFC as a social club also owes much to David’s infectious enthusiasm and boundless energy. His persuasive marketing techniques resulted in squads of character signing up for the 1964 and 1965 pioneering Easter Tours to Etretat in Northern France.

Unsurprisingly, he was the chief organiser of a dance held in the School gym in January 1965 which raised £14.17s.9d. for the Club and £5 for Oxfam, whilst Mickey Finn and his band stimulated activities in the fencing loft. Then, in December 1967, it was again David’s initiative which resulted in a second dance, this time at the Harrow Club W10 with entertainment provided by Newtons Theory. The surplus of £39.6s.11d. was divided equally between OHAFC and the Harrow Club.

The first Annual Dinner was held at Merries Club, W1 in March 1968 and the following year in January at the same venue. Once again, David was the driving force behind these events.

1971/72 represented the 100th Anniversary of the inception of the FA Challenge Cup. On Cup Final day at Wembley Stadium on 6th May 1972, a pre-match parade took place incorporating a march-past with representatives of every club that had won the final. David knew that five Old Harrovians had played in the 1872 Wanderers Cup winning team and convinced the Football Association that the OHAFC should lead the parade.

In 1973, as a highly respected member of Hampstead Cricket Club, David influenced the committee there to permit the OHAFC use of their football pitch for Dunn matches and for Vets games on Sunday mornings. Two years later, Hampstead became the Club’s official home ground for league fixtures from October to February. The excellent facilities persuaded members to play more regularly and familiarity with the sloping pitch soon became a distinct advantage.

David’s personality and drive had been amongst the Club’s greatest assets and he was elected a Vice-President at the 1976 AGM. This did not signal retirement from active service however, continuing his playing career as Vets Secretary from 1979 to 1981.

Under his Presidency, from 1995 to 2001, the Club gathered momentum on the field of play, with the 1st XI finally gaining promotion back into the top division. Off the pitch, David recognised the importance of social events involving both members and guests from other clubs as he had done back in the 60’s. He enticed John McCririck to MC a Race Night at the Bank of England Sports Centre and treated Annual Dinner attendees to a hilarious stand-up routine by impressionist Rory Bremner.