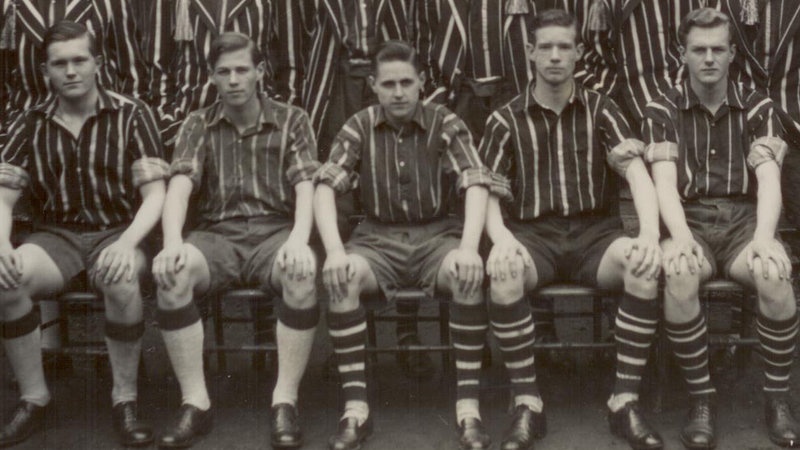 Don was Captain of Harrow Football in 1955, a founder member of the "new" OHAFC in 1963 and a Vice-President since 1977. He was a master at Harrow when the OHAFC was re-established and was Club Captain from 1964 to 1967. He featured prominently on the early Easter tours to Etretat, Brussels, Paris and Amsterdam and was a constant source of encouragement and optimism during difficult years when the School authorities regarded the OHAFC as an unwelcome addition to Harrow Association activities. In January 1965 Don even devoted a whole week of his Christmas holiday to organising a Club Dance in the School gym where Mickey Finn and his band stimulated activities in the fencing loft. The event raised £14 17s 9d for the OHAFC and £5 for Oxfam.

Don was one of the Club's most gifted players, tremendously energetic and highly competitive. He was selected for the Arthurian League Representative XI and was a valued and respected exponent of fair play. His efforts are widely regarded as having been instrumental in building the club we all enjoy today. Certainly, he worked tirelessly to bring about the re-introduction of soccer at Harrow, his determination fuelled no doubt by having been disciplined during his own school days for playing soccer in the Newlands yard (Don's team, always the winning team, would be awarded a yellow duster in lieu of a scarf or tie).

Don was a Harrow beak from 1961 to 1971 before directing his teaching skills to helping disabled children. From 1996 he lived in Alan, France. He last played for the OHAFC in 1985 aged 49, a Vets match at Hanwell Town. Incredibly, he played a game of Harrow Football v The School in his mid 60's and is reported, unsurprisingly to those who knew him, to have been one of the best players on the pitch.

At a celebration of Don's life on 24th May 2014 in Oxford, it was clear from the many heartfelt tributes that Don lived his life to the full, not least through his dedication to helping disabled children in both the UK and South America. He was a wonderful teacher and much loved by his pupils.