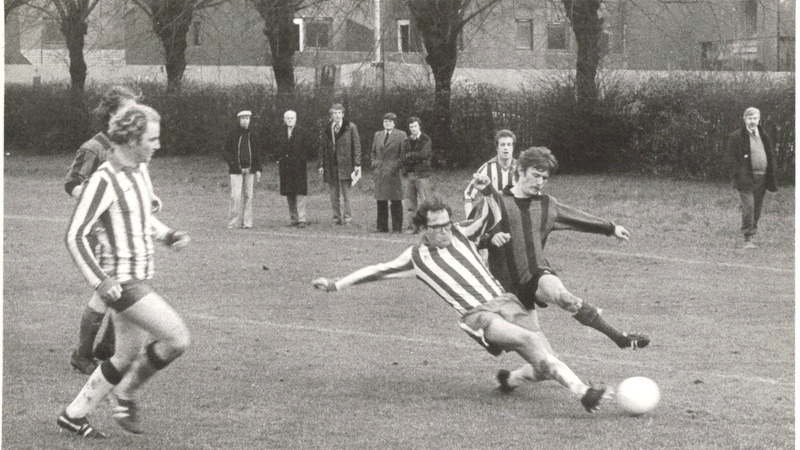 Fred played a leading role in the Club’s re-establishment, having been one of the pioneers in 1962.

He was one of very few bespectacled players to represent the Club but, despite lacking the necessary eyesight to time challenges, he was never sent off. In 1971 at Eton in the Dunn, having recently acquired a new pair of glasses, he was cautioned for ‘persistent infringements in late tackling’ after only 5 minutes play. This prompted the first of many visits to the optician on Mondays following games but none were to totally resolve the “timing” malfunction.

At the end of his playing career in 1991, he turned his attentions to securing new home grounds for the club - at Cobham for league games, at the Bank of England Club in Roehampton for the Vets and finally at the Philathletic Ground on Harrow Hill in 2003, when Chelsea Football Club had bought up the pitches at Cobham for thier new training facility.

Working with the Harrow Development Trust, Fred orchestrated the Astroturf Appeal in 2003/04, to which OHAFC members contributed over £300,000, and the 50 Years On Pavilion Appeal for the recently-built Charles Alcock Pavilion on the Phil pitches.

Fred has held a variety of posts and had some notable achievements during his years of service to the club:

He was the deserved recipient of The Charles Clover Brown Award in 1985 and continues to this day to assist the Club in any way he can, helping to organise such events as the Jubilee Cup and the 'FestiPhil' - a four-team tournament first held in September 2012 to celebrate the opening of The Charles Alcock Pavilion, now an annual event.