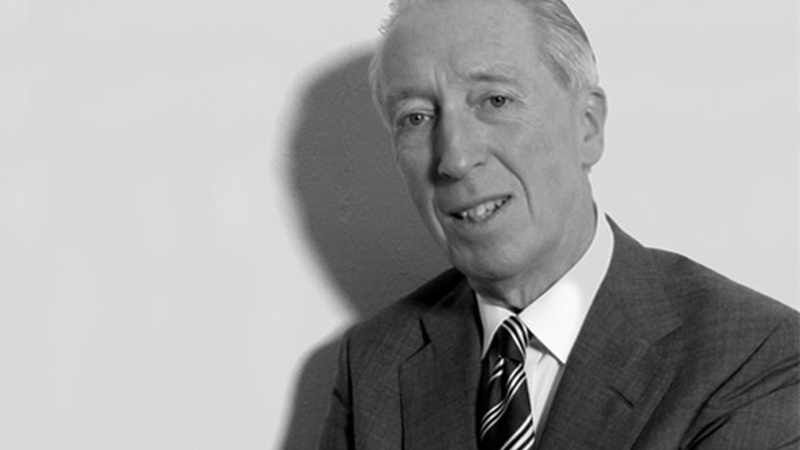 Peter was a key figure in the Club’s re-establishment and a fine footballer. He regularly travelled from Cambridge University to play and inspired the team (and its administrators) with outstanding performances.  His pace, vision, heading ability and clean striking of the ball placed him at a level above most of his OH team-mates, who were more adept at the finer tactics of Harrow Football.  He represented the Club in it's inaugural Arthur Dunn Cup tie in January 1967 at Brentwood when OHAFC lost to the eventual competition winners 3-2 in the last seconds of extra-time.

Peter went on the inaugural Easter tour to Etretat in 1964 and was an integral part of early OHAFC Dunn and League campaigns.  However, in 1970 a slight injury prevented his initial selection for the match at John Lyon v Old Foresters.  In the dressing-room prior to the match, Jimmy Cox pulled a hamstring while lacing up his boots and was unable to take the field.  Peter, attending as a spectator and looking under-nourished according to coach Jackie Goodwin, was called into action.  Foresters won the match 4-1. Nutrition and bootlace-tying advice were soon called for.

At the 1981 AGM, Peter was elected a Vice-President.  He had served as Club Secretary in 1972/73 and, uniquely, as Secretary and Fixture Secretary in 1973/74. After many seasons of 1st XI duty, he dropped down to play for Alfie Draper’s 2nd XI and subsequently for Jimmy Phillips’s and Chris Carline’s Vets, finally hanging up his boots at the age of 44.  Of the original pioneers, only Fred Woolley was continuing to trouble the selectors!

Following the termination of the Club’s tenancy at Hampstead Cricket Club, efforts were being made to secure a permanent home at Harrow School.  Peter, together with his brother John, offered to provide financial assistance for refurbishing the Sixth Form Cricket Pavilion to provide dressing-rooms suitable for football as well as cricket.  At that time, David Buik was Secretary of the Field House Club which could be put to good use for post-match teas, provided certain improvements were carried out.

Peter arranged for Balfour Beatty to conduct surveys on the Philathletic Ground but these concluded that sub-soil drainage would not markedly improve the playability of the surface in clay ground.  It would merely reduce the period of water-logging after heavy rain.  Whilst the School Governors were enthusiastic about the Club’s use of the Phil for soccer, it was decided that the costs involved would be prohibitive.  Now, 30 years on with the benefit of improved drainage techniques, OHAFC has the use of two excellent  pitches on the Phil which have come about during Peter’s 20 years as a School Governor.  His influence in bringing this about is rightly recognised and highly valued.

Peter’s loyalty to the Club and ambition for sustainability prompted him to organise pitches for the 1982/83 season at the South Suburban Co-operative Society in Beckenham and at the Harrodian Club in Barnes to enable the Club to fulfil its home fixtures.  These were difficult times for the Club.  In 1983/84 Veterans matches were played at the Reckitt & Colman ground in Chiswick which was to become the site for Peter and John’s Riverside, an indoor tennis, health and fitness club.  In 1985/86 the Club had the use of two pitches for the whole of the season but the site could accommodate only one pitch once the Riverside development was underway.

OHAFC enjoyed two seasons at the magnificent Riverside facilities before the pitch was required for further outdoor tennis courts and the Club was on the move once again, receiving £15,000 in compensation thanks to Peter’s deep concern for the Club’s welfare.  It is well known that Peter’s generosity did not end there and the Club’s balance sheet reflects his significant benefaction in recent years which has included securing favourable terms at Stamford Bridge for the Biennial Dinner.