Second half capitulation consigns 3s to defeat at Stoics 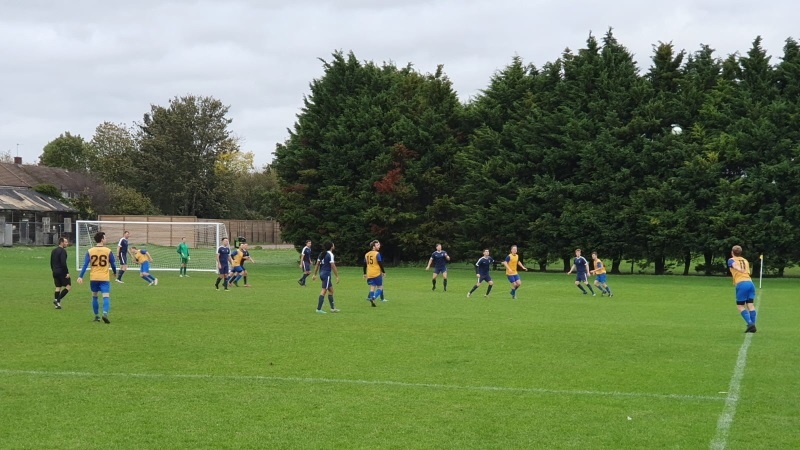 The OHAFC 3rd XI’s struggles continued on Saturday afternoon as they fell to a third consecutive defeat in Division Four, this time losing 3-1 away to the Old Stoics at the University of Westminster playing fields in Chiswick. This latest defeat leaves the Blues staring nervously over their shoulders with only three teams now below them in the table.

The visitors travelled to west London with a strong squad, bolstered by the availability of Jack Orr-Ewing and Rollo Hovey, both of whom were deemed surplus to requirements from the 2s squad. Orr-Ewing took his place at the back alongside Kyle Barrett, forcing Felix Tritton into a more advanced role. James Cullimore started his second game for the side, Jamaal Hepher his first game of the season and Hugo Morrell-Roberts began his first ever game for the club on the bench, alongside 4s skipper Ed Nicholson.

The pitch in Chiswick was in excellent condition and the visitors made full use of it in a first half in which they showed they were more than equal to a side they had put ten past in the two League fixtures last season. Although the scoresheet remained blank at the interval, hopes were high that a morale-boosting victory would be secured in the second half.

Sadly, things didn’t turn out that way. In a bid to ensure both substitutes played their part, both Ed Nicholson and Hugo Morrell-Roberts were brought off the bench, but the changes seemed to destabilise the visitors, especially at the back – a previously teak-solid defence began creaking under sustained Stoics pressure.

The hosts scored twice in the fifteen minutes after the break and although the visitors pulled one back via a Callum Barrett penalty, a third for the home side with five minutes remaining sealed the win and ensured a third straight defeat for the OHAFC – the first time they have endured such a run since the opening three fixtures of the 2016/17 season.

So plenty of work for skipper Nick Kapoor and his men to do to turn things around, beginning with the visit of the Alleynians 2s to the Hill next weekend. The Alleynians have already thrashed the Blues 10-2 on the astro in Selhurst earlier this season and will be confident of extending Harrow’s losing sequence. Now would be an excellent time for the side to rediscover their winning formula.