The eighth edition of the annual Festiphil Tournament was held on Saturday afternoon and once again proved a huge success, with nearly sixty schoolboys and OHAFC players combining in a four-team round-robin tournament. After three hours of competition, it was the Blue side, led by veteran David Lederman, who prevailed, winning all three of their matches, two via a penalty shootout. 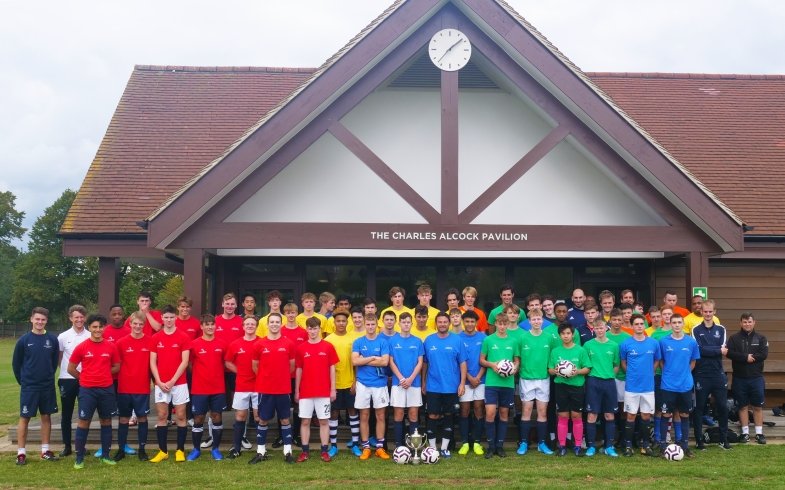 Despite rather gloomy skies overhead and a rather chill wind blowing across the pitches, the Philathletic Ground looked resplendent, with the freshly-mown playing surfaces resembling billiard tables. 1st XI midfielder Dan Firoozan took the reins from an organisational standpoint and divided the players into their four squads, with three or four OHs in each. The four captains were Lederman (Blues), Firoozan (Greens), Ed Nicholson (Reds) and Jonny Lalude (yellows). 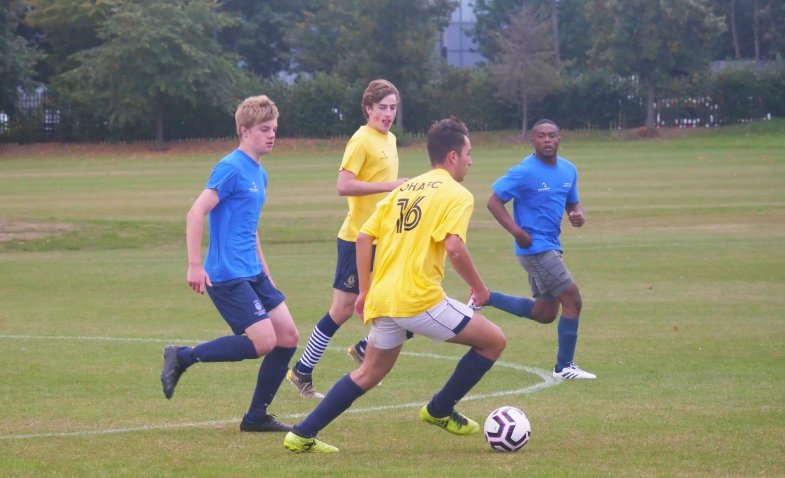 As it transpired, the squads had been expertly selected, with little to separate three of the four teams. Disappointingly, the Yellows suffered a couple of late withdrawals that left them without classy OH midfielder Chester Robinson and their star school goalkeeper. Both absences were to hurt Jonny Lalude’s team and they ended the afternoon beaten by the other three sides, leaving them bottom of the table and pointless. 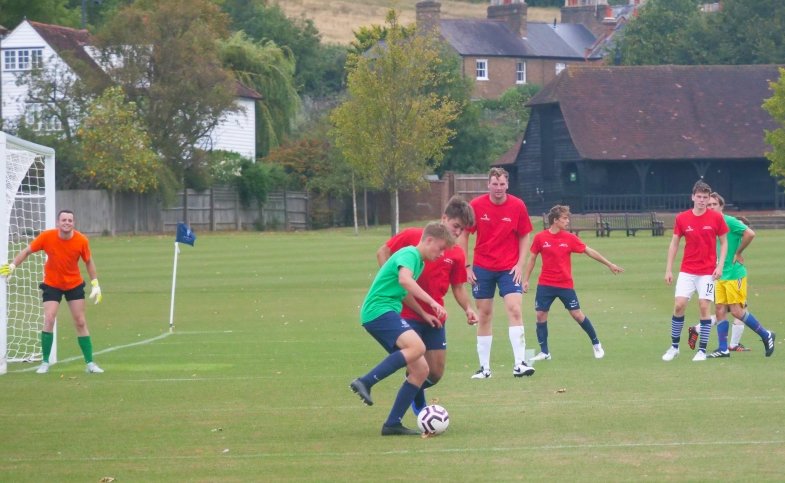 However, a battle royale developed between the three other sides with, remarkably, the three games between them all ending level after 35 minutes normal time. Indeed, the Red side proved a tough nut to crack, keeping clean sheets in all their games. With the matches ending level, an MLS-style penalty shootout, now a familiar sight at the Festiphil, was used to separate the sides and it was the Blues who held their nerve: they enjoyed a 4-3 sudden-death win over the Greens, Lederman converting the winning penalty, before taking advantage of a rare miss from Harry Bick to defeat the Reds 3-2. The final round of games saw the Blues scrape past the Yellows 2-1 to ensure they would finish top of the pile, whilst the Reds defeated the Greens 3-2 on penalties to claim second. 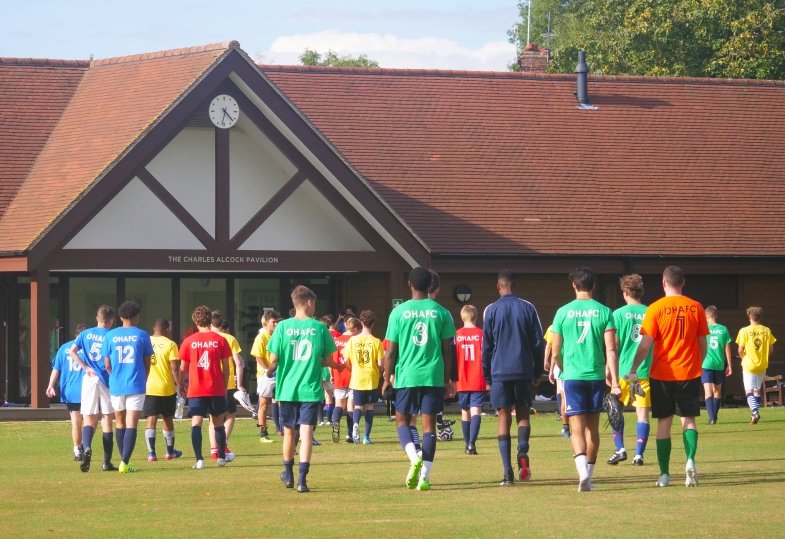 The winning squad owed much to their defence, with goalkeeper Oli Wills, centre halves Theo Gordon (OH) & Sergey Antipovskiy and left-back Cosmo Tanner all excelling. A youthful midfield of Dan Abu (OH), Raef Tanner and Matthew Harrison provided plenty of energy and quality and Manchester University student Will Payne showed the long summer holidays had done little to affect his energy levels, the forward buzzing around from the first whistle to the last. 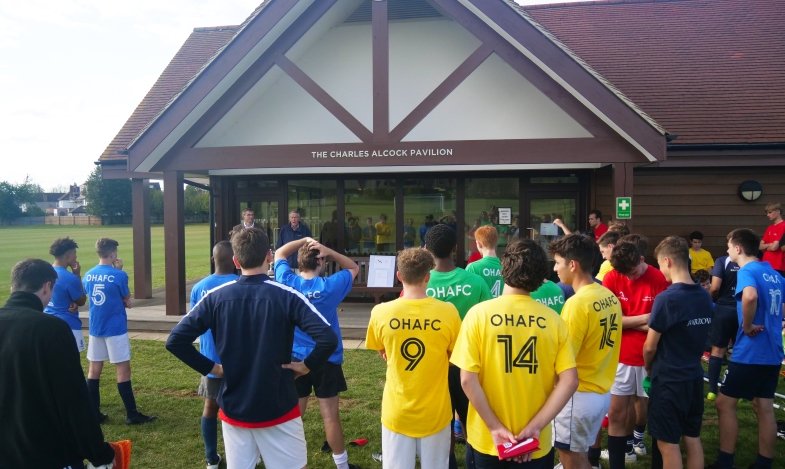 Following the action, an excellent tea was laid on inside the Charles Alcock Pavilion and speeches followed from new Headmaster Alastair Land, who extolled the virtues of playing sport both at school and beyond, and OHAFC vice president Fred Woolley, one of the driving forces behind the Festiphil tournament. 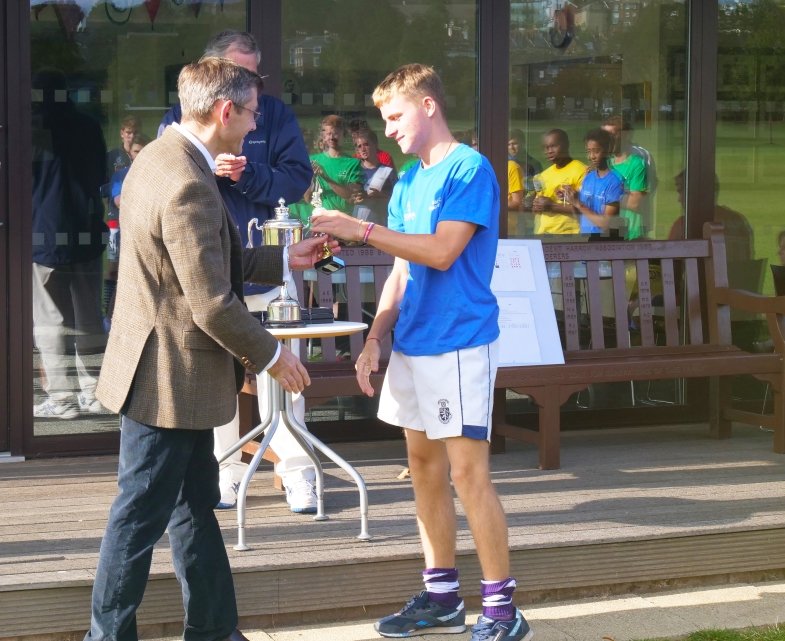 Reaf Tanner was named the Young Player of the Tournament (pictured above receiving his award from the Headmaster), although there had been several outstanding candidates on the Blue team alone. The winners then stepped up to receive their medals and Lederman lifted the trophy, in the process becoming the oldest OHAFC player to lift the cup and the first to claim the trophy as skipper in both its formats – the Jubilee Cup was previously contested as a five-a-side indoor competition until the first Festiphil in 2012. 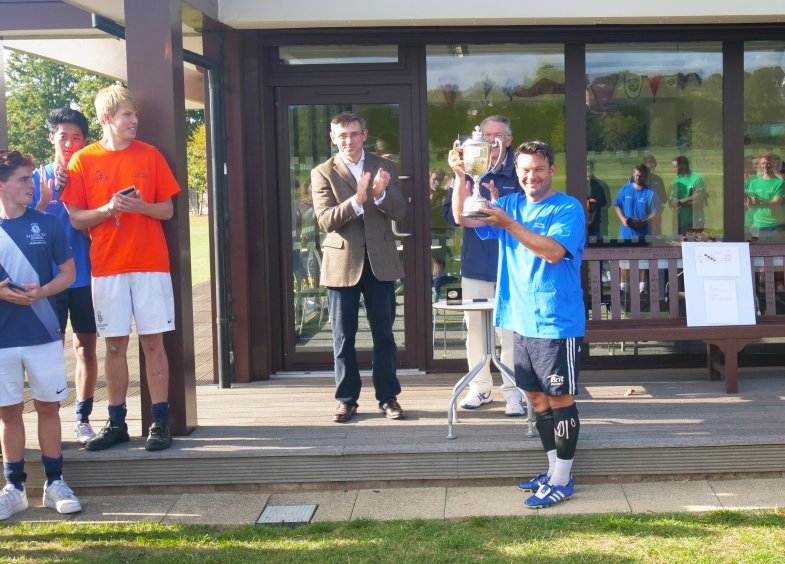 Many thanks to the school masters for helping officiate, to Fred Woolley and Dan Firoozan for the excellent organisation and to all the players for participating in another excellent event. Good luck to both the school and the OHAFC in their upcoming seasons. 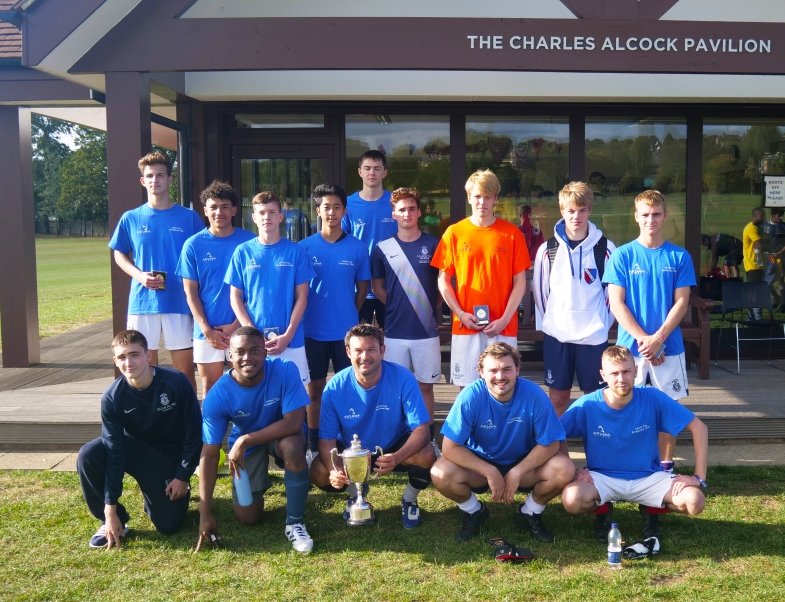