The OHAFC Veterans produced a stirring comeback on Sunday morning to score twice in the closing quarter of an hour and claim an unlikely victory over Tonbridge in the inaugural Veterans League. After Jon Ingram, playing his first game in a year, had prodded home from close range to set up a tense climax, the hosts snatched the win with two minutes to go when Daniel Anderson’s corner evaded everyone and nestled in the bottom corner of the net. The win means the OHAFC now have six points from three League fixtures with games against Eton and Winchester to follow. 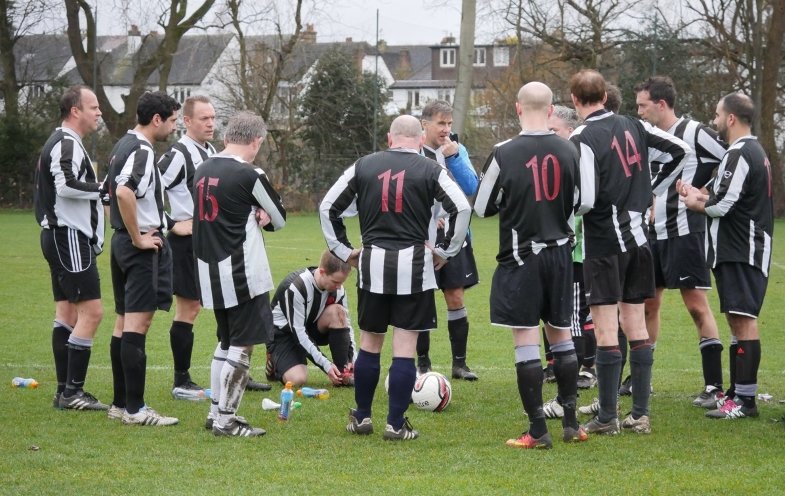 In truth, it was one of the less eventful Vets games in recent seasons with the cold, damp weather, stodgy pitch and two evenly-matched sides producing a game of few chances. Of rather more interest was the make-up of the Harrow side, with the first ever Vets appearances for several illustrious faces from the past: former 2nd XI Junior League Cup-winning skipper Arjun Chopra and two of his finest servants – Nick Bartlett and Ed Arghebant – all made the journey to the Bank of England Ground to swell Harrow’s ranks to an impressive thirteen – a number that seemed highly unlikely earlier in the week when the regular cry for recruits was issued. Steve Stacey provided a safe pair of hands in goal, with Arghebant and Wyn-Evans forming a solid centre-half partnership at centre-back. Bartlett, Dave Mutter and Simon McKeown ensured a powerful, dynamic midfield presence, with Dom Danos and Daniel Anderson the front two. 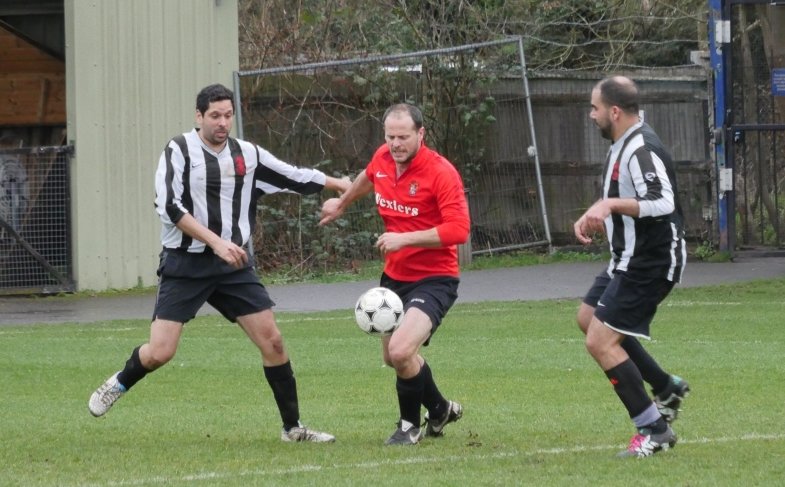 There was little to separate the sides in the opening twenty minutes before the best move of the half ended with the hosts firing wide after switching play superbly. Tonbridge threatened sporadically, but both sides found creating clear-cut opportunities tricky. The drizzle continued to fall and the pitch gradually began to cut up in several places – a regular occurrence on the lower pitches in Roehampton.

Chris Carline optimistically arrived at the break dressed in shorts – a somewhat bizarre outfit given the inclement conditions. And there was little on the pitch to warm him with another tight opening to the second half, both sides too solid in defence to allow their opponents the time or space to shoot. 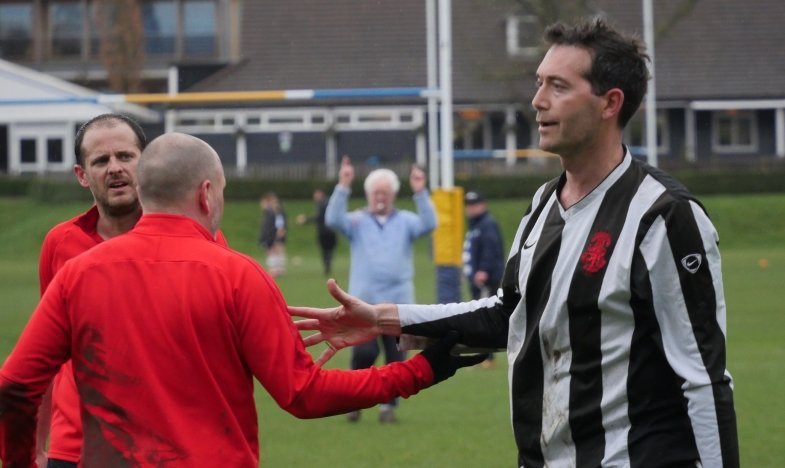 With a goal appearing as likely as those watching getting sunstroke, a dubious opener was gifted to the visitors when skipper Wyn-Evans attempted to play the ball back to Stacey in goal and was nudged in the back as he did so. The pass fell short and allowed a simple square ball for a Tonbridge player to roll into the empty net.

The hosts laboured for a while in pursuit of an equaliser and, given what had preceded before, it was tempting to allow thoughts of a miserable defeat to creep into the Harrow psyche. Fortunately, however, the black-and-white stripes upped their game and began to look livelier as the minutes ticked down. 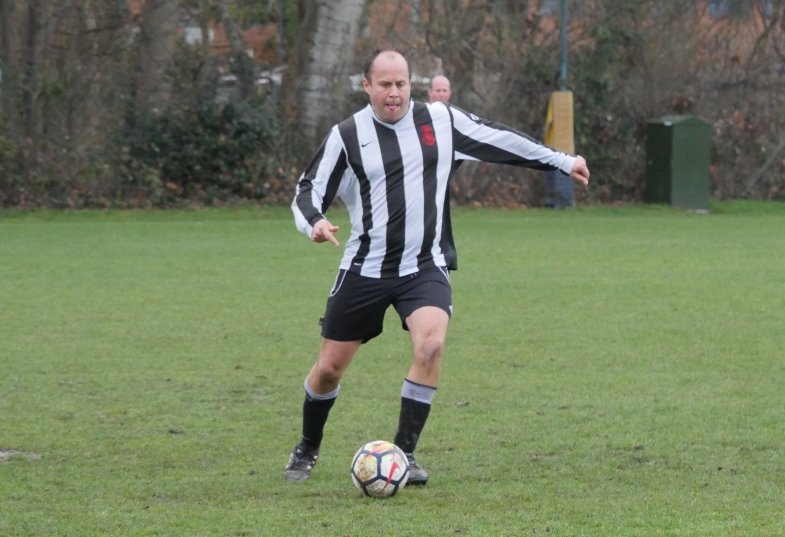 They forced several corners on the right, all of which looked likely to cause the Tonbridge defence problems, but it was from a deep free-kick on the same side of the pitch that the equaliser arrived, goalkeeper Steve Stacey crossing to the far post for Ingram to slide in, nutmegging the keeper from close range in the process. 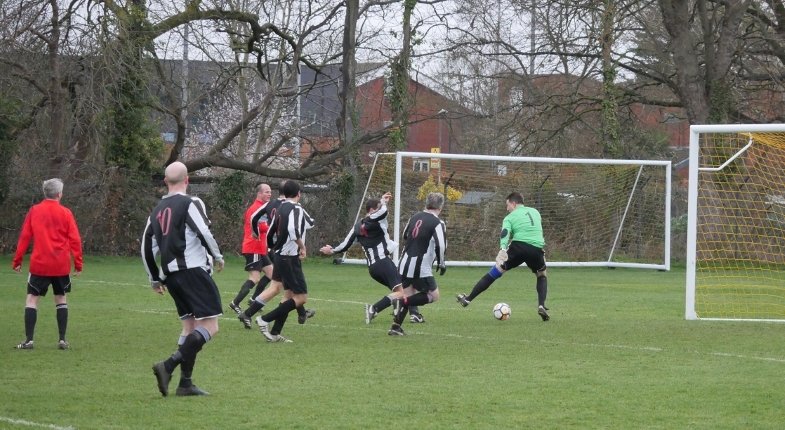 With just over ten minutes remaining the hosts set about completing the turnaround but they had to wait until just two minutes from time to do so – predictably, it was an Anderson corner that did the damage, although whether or not he was aiming for the far top corner was highly debatable, the ball arcing perfectly over the keeper and into the far corner of the net.

The win keeps the OHAFC in with a chance of claiming this inaugural Vets League, they currently sit a point behind Lancing, both sides having played three games. Winchester are due to provide the next opposition in a few weeks’ time.

A full gallery of images from Sunday's win is now available in the Media section here.