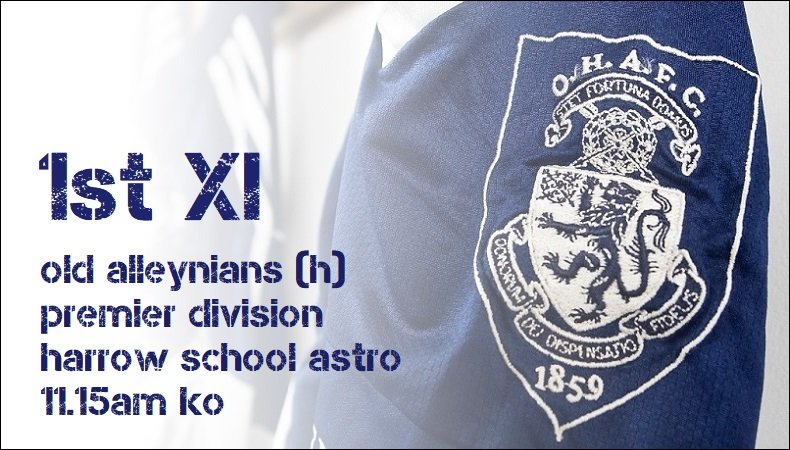 The OHAFC 1st XI return to the Harrow School astroturf on Saturday on the back of another chastening defeat, a 6-1 loss to the Old Bradfieldians on the same surface last weekend confirming that this is likely to prove a season of struggle for the men in blue.

As skipper Fraser McGuinness was keen to point out after this latest setback, there is nothing wrong with the quality or attitude of the squad. For this Saturday’s visit of the Alleynians, yet again there is strong availability and a determination to put things right. The first step on the road to recovery will undoubtedly be to stop the rot at the back – the Blues have conceded a remarkable 24 goals in their first four League games of the season and the whole side will need to work hard – and smart – in a bid to prevent the Alleynians adding to their three wins. One small crumb of comfort comes in the fact that Saturday’s visitors have only scored nine goals in their four games so far – could this be the game that sees the OHAFC tighten things up? 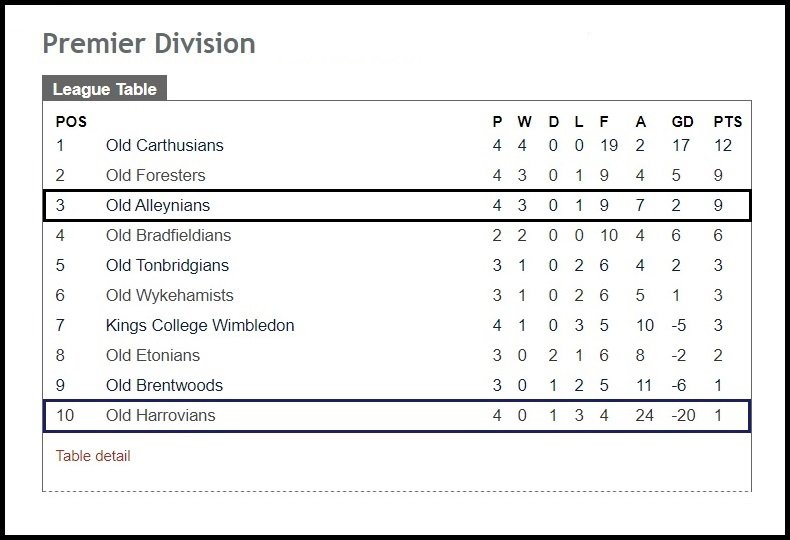 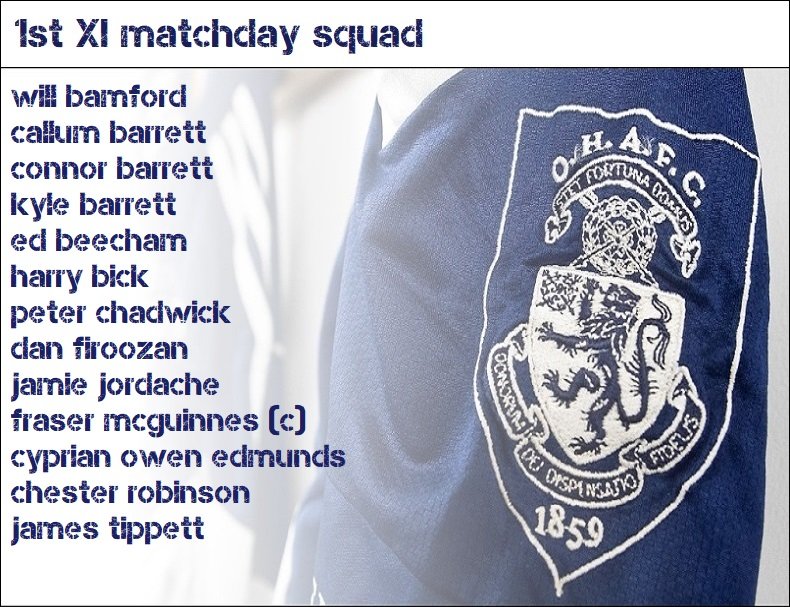 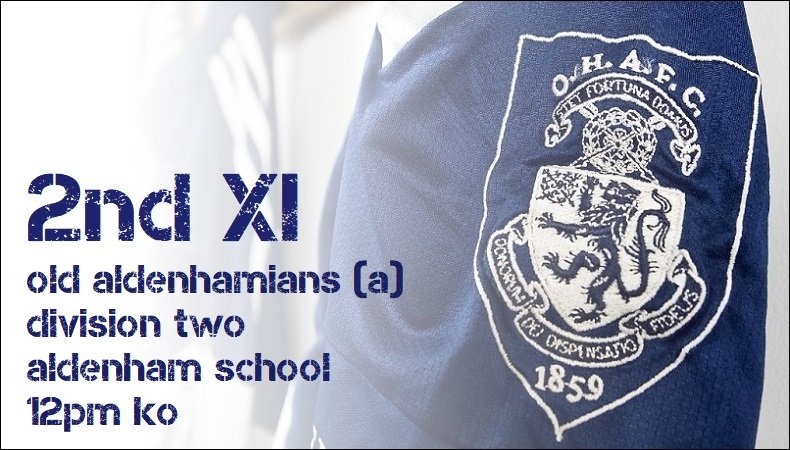 The OHAFC 2s were once more held to a draw last weekend away to the Old Sennockians – their third in four matches. Whereas the previous week’s 2-2 draw at Eton tasted like victory given the late nature of the equaliser, the same scoreline down in Kent was greeted with rather less enthusiasm, the Blues throwing away a 2-0 lead earned during a superb start to the match.

Things aren’t quite clicking for the side at either end of the pitch, with the team conceding slightly too easily – Sennockians’ free header from a corner for their second last week a prime example – and failing to create nearly enough chances in the final third: despite enjoying the better of things in the second half last week, the opposition keeper was barely tested.

The return to action this weekend of last season’s leading scorer Andres Hutchinson provides a big boost to the team in their bid to claim a first victory of the season and with a strong squad of fourteen named there is no reason why the side cannot repeat last season’s excellent 3-1 win against the Aldenhamians, a side the Blues ended up doing the double over. 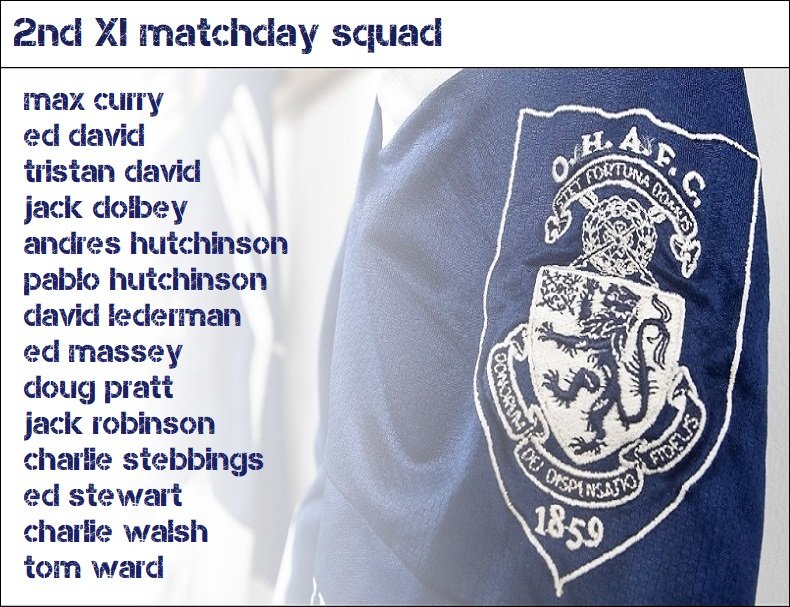 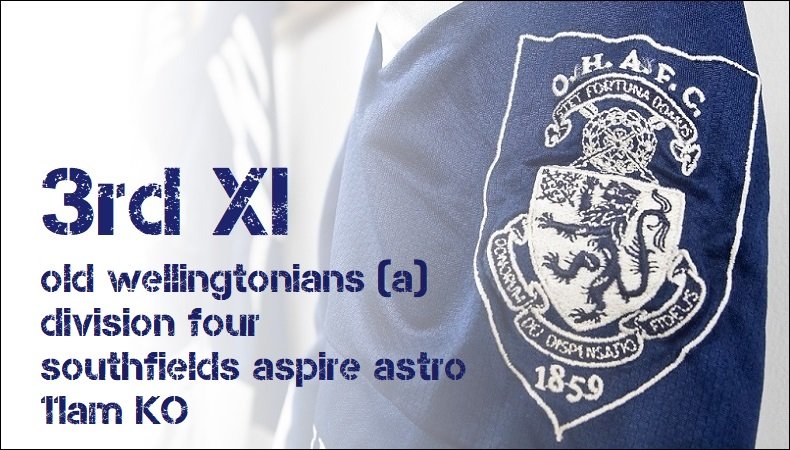 The OHAFC 3rd XI have steadily improved as the season has progressed, so much so that they were distraught to only come away with a point last weekend in a 3-3 draw at home to the Old King’s Scholars. The Blues enjoyed much the better of things for the majority of the game, opening up what appeared a commanding 3-0 lead. Unfortunately, some slack defending in the second half, allied to a number of missed chances at the other end, allowed the visitors to claim an unlikely share of the spoils. 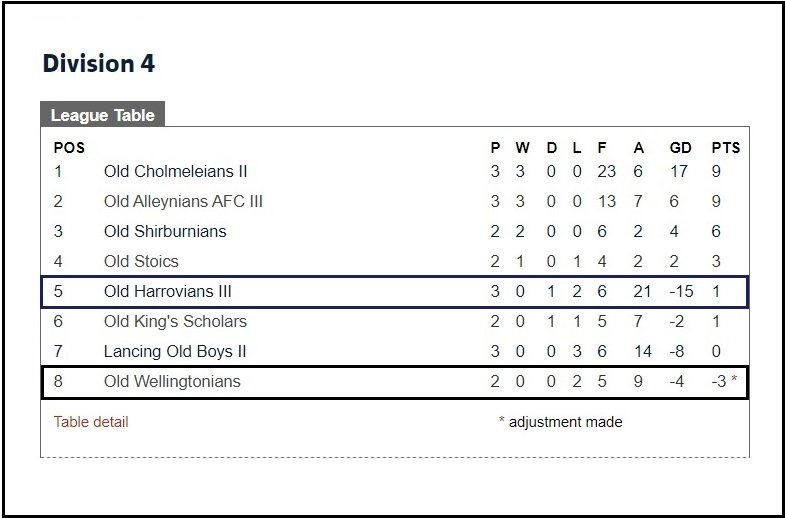 But Saturday’s trip to Southfields to face the Old Wellingtonians, again on an artificial surface, should give the Blues the ideal opportunity to finally claim that first victory of the season. Wellingtonians sit bottom of Division Four having lost both their opening matches and, even worse, sit on minus three points following a late cry-off from another fixture.

The 3s now have the makings of a settled squad, with competition for places and an excellent team spirit. If they can cut out mistakes at the back, especially at set-pieces, victories are bound to come sooner rather than later. 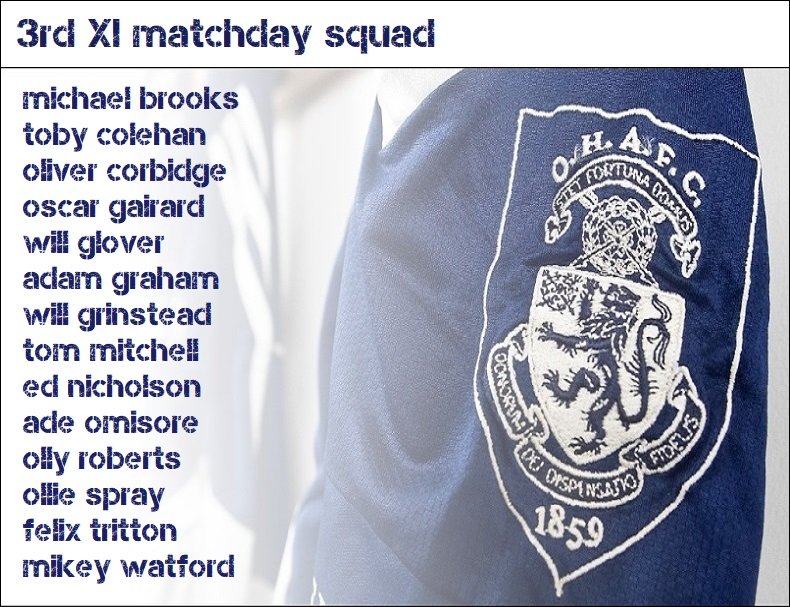