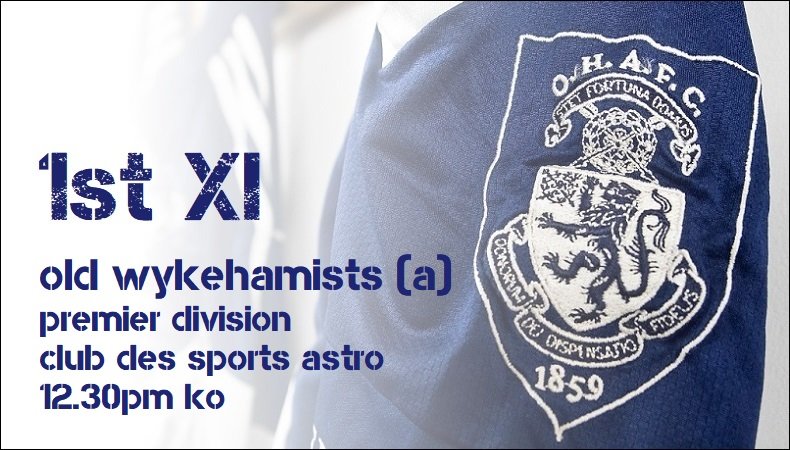 The OHAFC 1st XI need a win, badly. Following a promising 3-3 draw away to the Old Etonians on the opening weekend of the season, the Blues have suffered a disastrous run of defeats to four of the strongest sides in the Arthurian League, conceding 28 goals in the process and scoring just once.

Skipper Fraser McGuinness and the rest of the squad could be forgiven for believing that their fate had already been sealed, but it is still early days and more appealing fixtures lie ahead, starting with Saturday’s trip to Acton to face the newly-promoted Old Wykehamists. 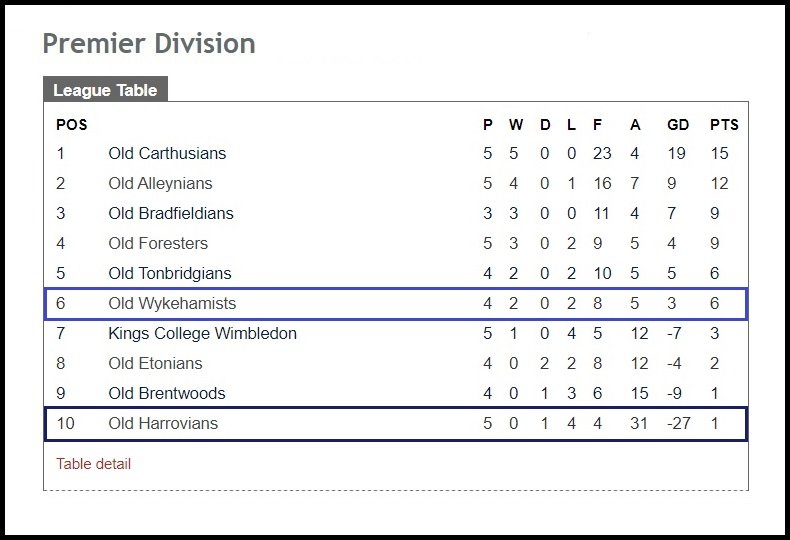 Winchester have made a decent start to life back in the Premier Division with two wins and two defeats from their four games to date. Last weekend they secured an impressive 2-0 win at home to last season’s runners-up KCS Wimbledon Old Boys, so the OHAFC know that only a much-improved performance will be sufficient to end their recent run of defeats.

The 1s will hand a debut to youngster Will Bonnet – good luck to him and the rest of the team in their bid to turn their fortunes around. 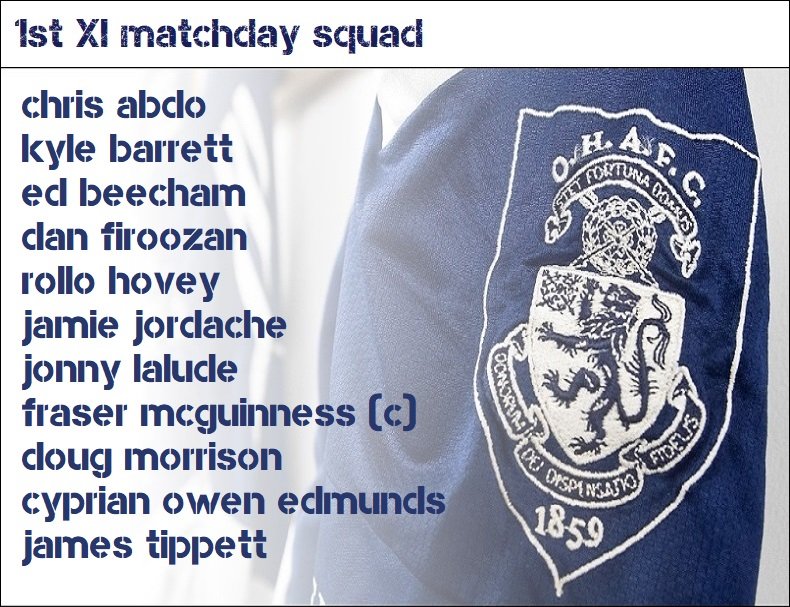 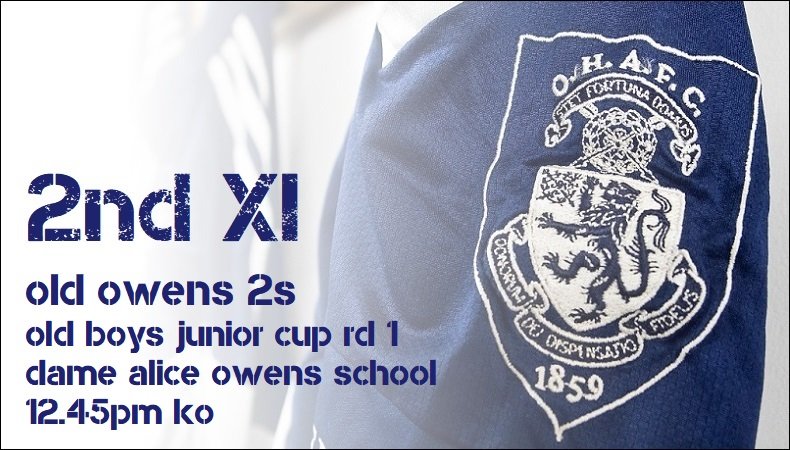 Following yet another draw – their fourth in five League games this season – the OHAFC 2s now turn their attention to the Old Boys Cup and, just for a change, another lengthy away trip, this time to Potters Bar to face the Old Owens 2s.

Owens currently sit fifth in the top Intermediate Division of the Southern Amateur League with one win and two draws from their first four League games. In last season’s Old Boys Cup, Owens won their first round tie on penalties before succumbing 3-0 away to the Old Etonians 2s, a scoreline that should give the OHAFC some hope prior to their visit. 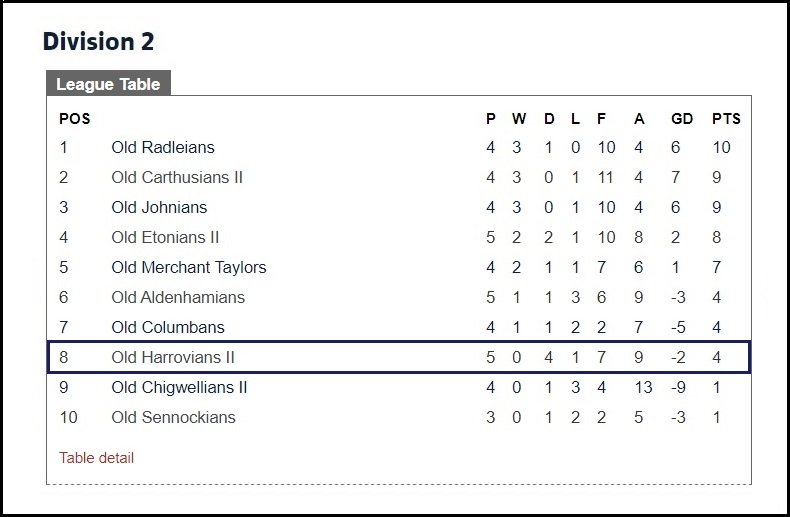 It has been a frustrating start to the season for the Blues, both on and off the field. Injuries have deprived the side of some of their more prominent attacking players, with the serious knee injury suffered by skipper Geoff Taunton-Collins in an innocuous incident away to Old Merchant Taylors in September depriving the team of their inspirational leader for the remainder of the season. Fortunately, this week’s surgery has been deemed a success and the long road to recovery begins now. 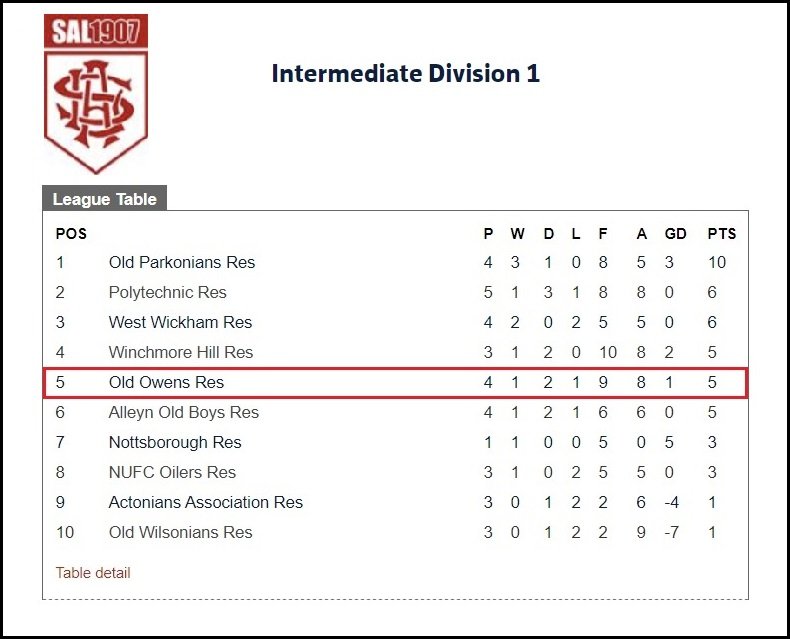 With no League points at stake, Saturday’s game gives the Blues the chance to relax and try to rediscover the free-scoring form that saw the team win their first six games of last season. At the very least, there is no chance of the side returning home having drawn once more, extra-time and penalties will be used if necessary.

The Blues give OHAFC debuts to Sam Woodhouse and Nick Allen – good luck to both players - and striker Gbeminiyi Soyinka makes a welcome first appearance of the season. 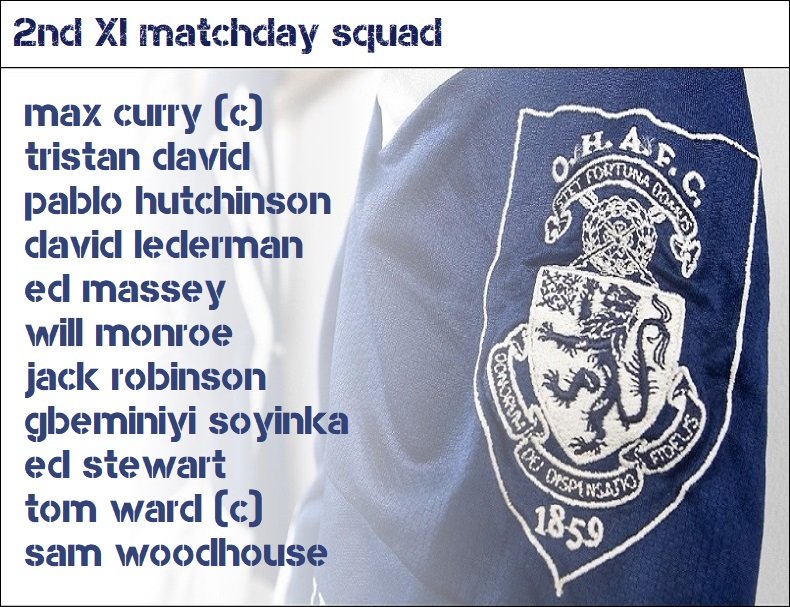 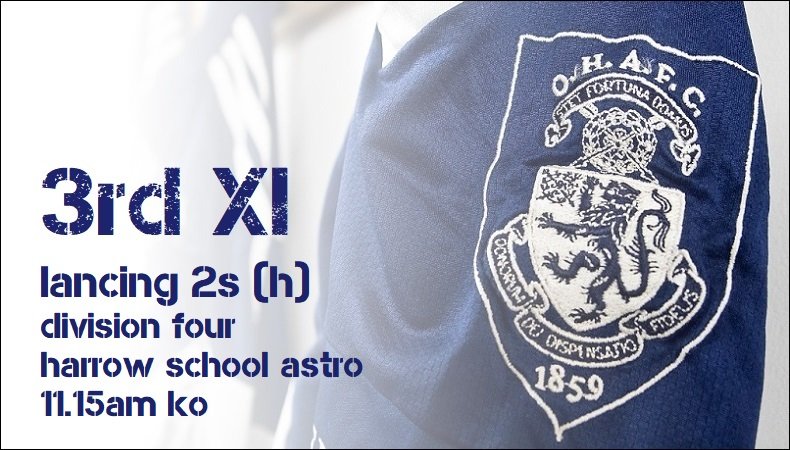 The OHAFC 3rd XI have steadily improved as the season has progressed and, following two heavy defeats in their opening games, secured encouraging draws in their previous two fixtures, although there is some frustration at least one of the games did not produce a win.

The Blues now entertain the third of the three teams below them in the Division Four table, having drawn 0-0 at bottom side Wellingtonians last weekend and 3-3 at home to King’s Scholars the week before. Lancing 2s have suffered an ignominious fall from grace in recent seasons – as recently as the 2016/17 season they were crowned the best 2nd XI in the Arthurian League, a tremendous achievement. But since then, and in keeping with the struggles of the 1st XI, the 2s have suffered, relegated from Division Two and then, last season, from Division Three. The fact they have played four games and not won a single one, conceding 19 goals in the process, suggests their drop down the divisions may continue a while longer. 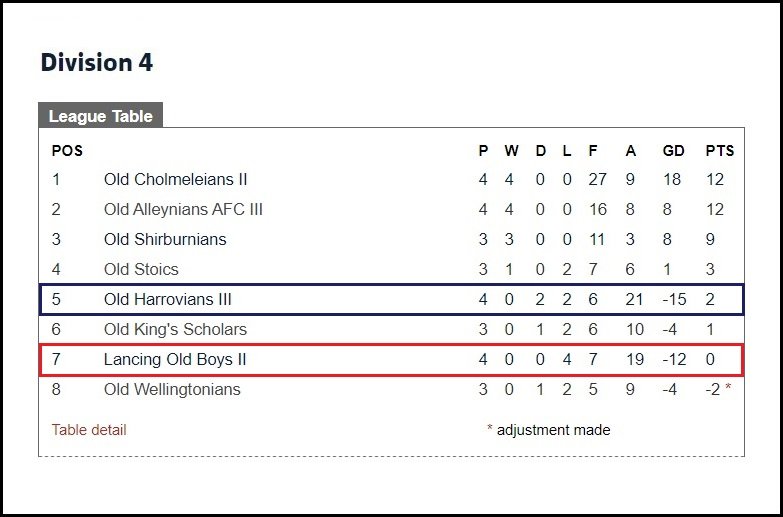 So an ideal opportunity for the OHAFC 3s to secure their first win of the season and, remarkably, the first win for any OHAFC side in 2020/21. The Blues name a strong squad of 13 for the clash on the Harrow School astro, with Barney Bartlett and George Sanders making their first appearances of the season. 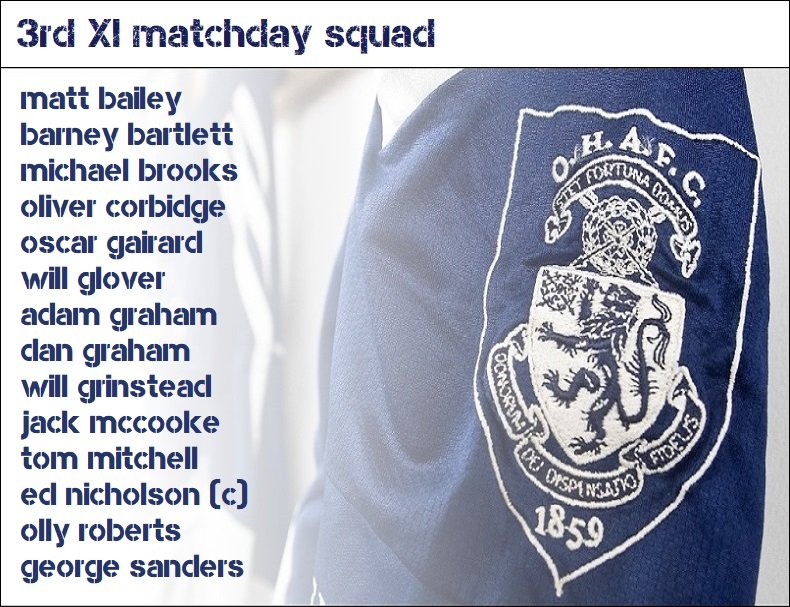