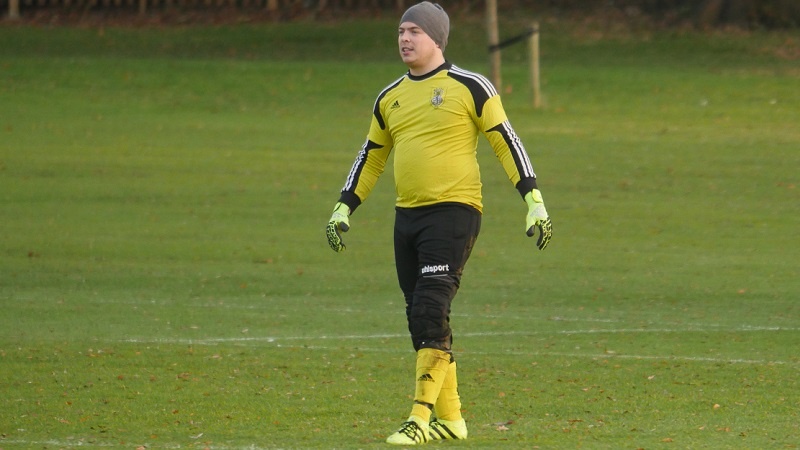 Charlie's debut season for OHAFC was 2011/2012 having played for the 1st XI at school. Not tall for a 'keeper at 5' 11", Charlie is an excellent shot-stopper and reads the game well, with perhaps his kicking considered the one weakness in his armoury.

Charlie initially became an important member of the 3rd XI after the team had struggled to name a regular 'keeper for a number of seasons, his awareness and confidence giving his defenders a sense of trust that had clearly been missing. He was a key contributor to the 3s earning promotion into Division Four that season and continued to play regularly the following year.

But as the 3s struggled to fulfil their fixture list, Charlie swapped Division Four for the Premier League, being called up to the 1st XI on half a dozen occasions. His consistent displays and cheeky chappy demeanour off the field saw him awarded the Bert Worthy Young Player of the Year Award in February 2013.

With Luke Raffety winding down his playing commitment, Charlie was installed as the 1st XI's no.1 'keeper going into the 2013/14 season. He performed creditably between the posts, his shot-stopping of a consistently high standard. He was rewarded for his work between the sticks with a first ever Representative team call-up in March 2014.

Sadly, his season was ended prematurely when he suffered a knee dislocation in the defeat at Charterhouse later that month. Charlie underwent surgery the following July and following a lengthy rehabilitation programme was only ready to make his return in the 2s' 4-0 away win at Aldenham in September 2016. Fortunately, the knee held up well, Charlie performed excellently and he continued to turn out for the club when required, ending the season with four appearances under his belt.

With Fraser McGuinness and Kyri Pittalis now established as first choice for the 1s and 2s, Charlie found playing time harder to come by in 2017/18, playing just twice for the 2s prior to the start of February.

1) Which football team do you support?
Arsenal
2) Who was your favourite player growing up?
David Beckham
3) Which boots do you wear?
Blue Adidas Predators
4) What is your usual pre-match meal?
Banana & a Lucozade
5) Best moment on a football pitch? (OHAFC or otherwise)
Gibbos left foot volley from outside the box… classic