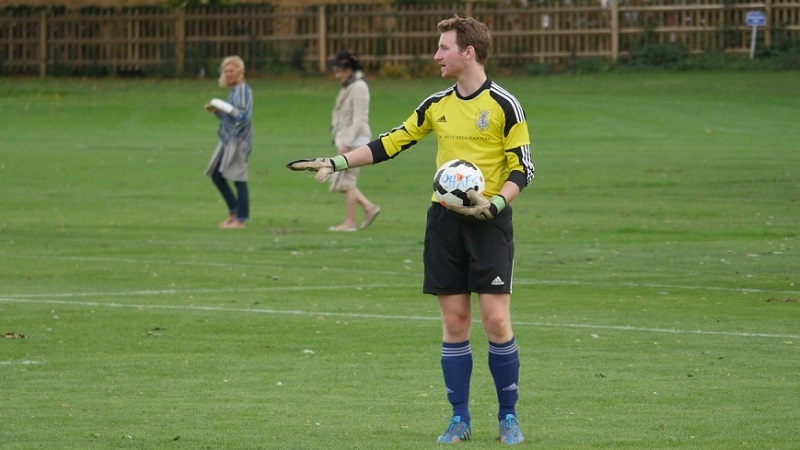 David possesses all the essential qualities of an excellent 'keeper - bravery, quick reactions and a safe pair of hands.

David made his competitive OHAFC debut in the 3-0 defeat to Lancing in September 2013. He played 5 games in the 1st XI League campaign that season as he fought to establish a regular starting place with previous Premier League winner Luke Raffety ahead of him in the pecking order.

Studying at Southampton University has limited David's appearances for the Club in recent seasons. He played just the final 1st XI game of 2013/14, a 4-1 defeat at Cholms, and made five appearance the following campaign, including both the Dunn Cup victories in rounds one and two.

David again made just a solitary appearance in 2015/16 as Fraser McGuinness became the 1s first choice between the sticks, but with Fraser moving to New York for work at the start of the 2016/17 season, David again took the gloves for the first few games of the new Premier Division campaign.