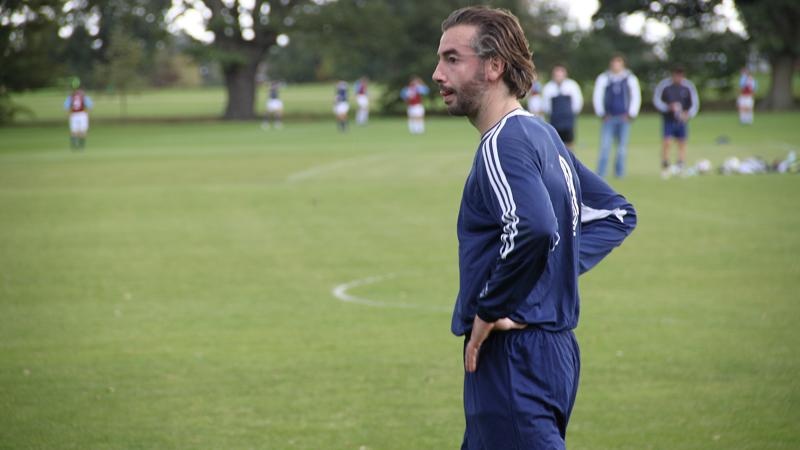 Quentin finally stood down as 1st XI skipper at the end of the 2011/12 campaign after a staggering 14 seasons in charge. One of the most respected members of the club, 'QB' has led the side with distinction throughout his time at the head of the 1's, always leading from the front and giving every ounce of effort possible no matter the circumstances.

Quen first played for the club on leaving school in the 1994/5 season. His athleticism and enthusiasm immediately marked him down as someone capable of lifting the 1st XI to new heights but it wasn’t until his promotion as skipper, following Andy Butler’s three-year reign, that things began to happen. After a disastrous opening day defeat in the 1999/2000, Quen proceeded to lead the side to thirteen straight wins and the First Division title.

After a difficult start in the Premier Division, Quen was soon driving the side to further success, with the League title in 2004 and the club’s first-ever Arthur Dunn Cup in 2007. Quen was instrumental in both and it was no surprise when he was selected as the recipient of the Charles Clover Brown Award in 2006 for the enormous impact he had on the fortunes of the 1st XI.

He continued as skipper through some difficult seasons as injuries and a lack of availability took their toll on squad strength and was rewarded once more with a magnificent run-in to the Premier Division title in 2009/10 – perhaps his only blip was turning up at half-time in the deciding final match, his train from Holland having been delayed earlier in the day!

Quen has been a regular in the League Rep side for many seasons and has trialled for the AFA side. With his love of cycling and triathlons showing no signs of slowing up, he looks set to continue as the driving force in the Harrow midfield for a few seasons yet.

Season 2013/14 saw Quen struggle with injuries, the worst of which was a fairly innocuous-looking tackle in a Vets Cup match at Westminster. Disappointingly for player and Club alike, the knee injury was mis-diagnosed and what should have been a month-long lay-off turned into a six-month nightmare and Quen was not to be seen again. He ended the season with two goals from eight games and with his wedding scheduled for the final weekend in September it is unclear when the side will benefit from his availability next.

1) Which football team do you support?
Liverpool
2) Who was your favourite player growing up?
Ian Rush
3) Which boots do you wear?
Adidas
4) What is your usual pre-match meal?
Granola, yoghurt, honey, fruit
5) Best moment on a football pitch? (OHAFC or otherwise)
Winning Arthur Dunn Cup in 2007 / beating Charterhouse to win league in 2010