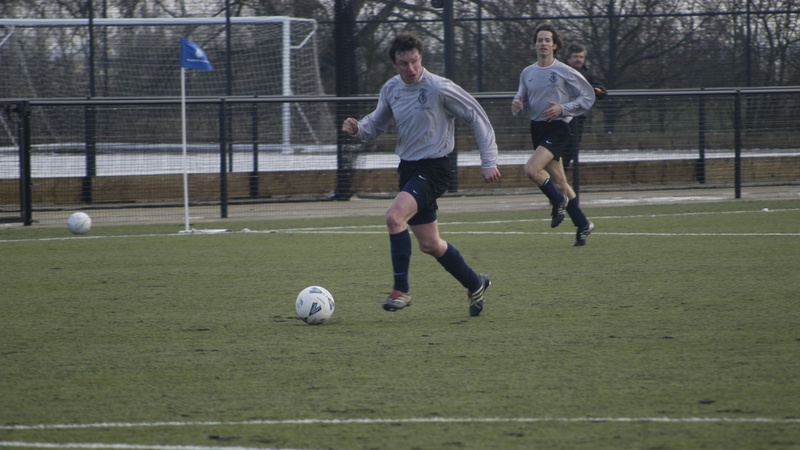 One half of the famous (or infamous) Hoffen duo, ‘Beardo’ is another member of the club who came to prominence in the late 1990’s as part of the side that won the First Division title.

Ru and his brother Harry formed a fine front-pairing for the OHAFC 1st XI for many seasons, his good footballing brain and composure in front of goal an excellent foil for his brother’s electrifying but slightly scattergun approach.

Ru scored his fair share of goals for the side in the Division One triumph in 2000 and the Premier Division title win in 2004 but perhaps his most important strike came in the Dunn Cup run in 2007, when he came off the bench to score with a stooping header two minutes from time to send the semi-final at Shrewsbury into extra-time. Harrow went onto the win the tie and the final in which Ru again made an appearance off the bench.

Ru continued to contribute to both the OHAFC 1st XI and the League Rep side for several seasons, even filling in at right-back when required, and he made six appearances in the side's League title-winning season of 2009/10.

Ru has also made a big contribution to the club off the pitch, holding the position of Fixture Secretary for six seasons from 2001 onwards – a position he was ideally suited to given his love of befriending referees before and after games.

He organised the tour to Lloret de Mar in 2001 where he made a striking impression on the tour guide’s mother and was awarded the Charles Clover Brown salver in 2005 for his contribution to the club.

1) Which football team do you support?
Tottenham
2) Who was your favourite player growing up?
Glenn Hoddle
3) Which boots do you wear?
Adidas Copa Mundial
4) What is your usual pre-match meal?
Full English
5) Best moment on a football pitch? (OHAFC or otherwise)
Winning Dunn Cup 2007