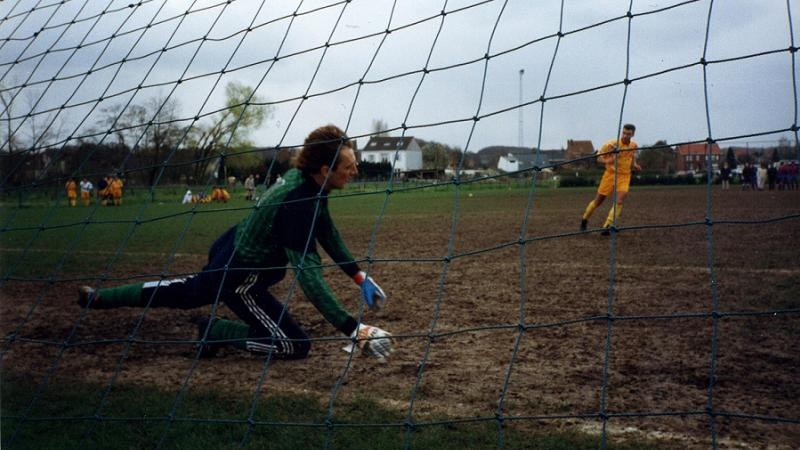 In 1994 the Club travelled to Antwerp and Brussels for a tour organised by David Kerner, who had been working in Antwerp the previous year.

There was plenty of football on offer: the OHAFC played in a four-team tournament on the Saturday, which included English side Winchmore Hill - Harrow beat them 5-1 and also recorded a 5-0 win and a 1-1 draw to finish top of the table.

Separately, the team also beat FC Belgique 4-2 in an additional friendly game played in the middle of a torrential downpour to cap the most successful set of Tour results possibly in history.

Off the field, the squad had the unfortunate experience of being tear-gassed in a Brussels nightclub when the local police slightly overreacted to a semi-aggressive brawl by flushing out a couple of hundred revellers from the sweaty undeground joint.

It was a slower pace altogether at a karaoke bar in Antwerp where Bert Worthy held sway until closing town with mutliple renditions of his six most famous sporting stories. When he fell off his stool at 6am, it was time to go, although no-one could quite remember where to and a local baker, opening for his morning trade, offered little by way of a solution.

Justin Litherland, a rugged defender in his final year at school, performed creditably on his first tour.