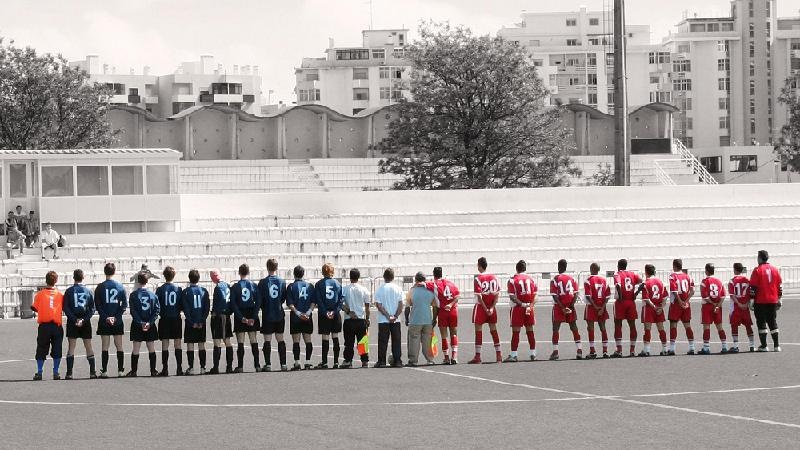 2006 saw the second week-long tour of the decade following the hugely successful trip to Marbella in 2000. Again, the Iberian penninsula was to host the OH tourists, but this time it was the south Atlantic coast of Portugal and Vale do Lobo that provided the team's home, with David Lederman and Johnny Williams jointly organising proceedings.

Williams kindly allowed half the touring party the use of his villa, set alongside one of the many golf courses in the area, with the remaining players renting a villa just down the road. The two houses, in true Lord of the Rings style, soon adopted nicknames, with Williams' residents the 'Magicians' and non-Williams residents the 'Pirates'. With fantastic facilities, warm sunshine and a variety of nightlife within walking distance, the tourists wanted for nothing during the week, apart from maybe a little self-restraint.

The first night saw one of many trips to Monty’s bar for a few 'looseners' before heading on to Gecko’s nightclub – real name Iguana. On the way home in near-daylight Molloy, Bourke and Tweddle parked their car in the middle of a roundabout, puncturing a tyre in the process, and Hoffen Jnr decided he needed to cool off and jumped into a stranger’s swimming pool fully-clothed, having told Lederman he had had enough and if he saw a cab would go straight to the airport and catch a flight home. The tone for the week had been set.

After a few run-ins with the park police, the side was finally ready for a game of football and were tasked with taking on the locals, an ageing but competent outfit organised by the jovial Rui, a welcoming local contact of Johnny's. An unfortunate Molloy pre-match moment was caught on camera and he sat out the first half, pausing from his alcohol-induced illness to make rude comments to a passing child. A controversial 4-4 draw resulted in a penalty shoot out which still failed to establish a winner – nobody seemed to mind.

On the one rainy day of the trip, the squad for some reason chose to go go-karting: Charlie Tweddle found the conditions least to his liking and he was awarded a ladies thong as his prize for coming last – he was later seen modelling this back at the Magician’s villa, despite pleas for him not to.

Meanwhile, Harry Woolley enjoyed more female attention than he could handle thanks to his resemblance to the TV character Seth from the OC, a programme no-one had previosuly ever heard of. Nevertheless, having seen the success Woolley was having, everyone soon went around sporting a tight, striped polo shirt and 'Lego-head' hair cut.

Several team meals took place during the week: a BBQ at the Magicians' villa allowed Piers Bourke to take on a bet and run round a pond on the golf course and back in under two minutes - something he soon regretted doing. He then regretted even more pleading ‘can we not just have some chatty amongst friends?’ as another round of drinking games was mooted. At a more formal meal in a rather nice restaurant, Raj Dutta instructed the waiter that we would be ordering ‘bespoke drinks’ before Piers later kindly informed him that ‘we will skip dessert and move straight on to the aperitifs’.

At the final supper, an excellent meal of Piri piri chicken and chips was served. Paul Molloy and Rudy d’Oliveira, who was on his first tour, cunningly substituted their shots of the local Portuguese speciality with water – Lederman was the unfortunate recipient of a double shot as tour leader – he was later seen gyrating aggressively on a table with Rui and Nick Warner.

Baker and Reid had to take an early flight home, Quen relieved when reports that some members of the tour weren’t coming out on his last night proved to be unfounded. Harry Hoffen enjoyed himself more than most in St James’, a local ‘entertainment’ venue when prices were charged according to how many ‘musics’ were consumed. Harry enjoyed three musics with a nice Brazilian girl.

Gazza performed creditably with a fine performance on the pitch and some extraordinary impressions off it and Freddie Brunt was rightfully awarded the 'Prize Cock' t-shirt on the last night for his chippy demeanour and appalling behaviour in Gecko’s when he skipped round the seating like a little girl, trying to avoid the attention of the bouncers.

At the end of the trip it was generally concluded that week-long tours were perhaps not the way forward.