Former Harrow School housemaster Dale Vargas has published a second book on the origins and influence of football, both soccer and Harrow football, on the early days of the school. Entitled 'Football - The Harrow Game', this book, which follows hot on the heels of the popular 'Puddings, Bullies & Squashes' - a look at the different versions of football played by various public schools around the country, explains in depth the early days of sport at Harrow School and how the various versions of football and rugby evolved and why, to this day, Harrow's particular version of 'footer' has survived when no other school plays it.

Those of you with some Christmas money left over may want to add Dale's latest book to your collection, details for purchase are available below. 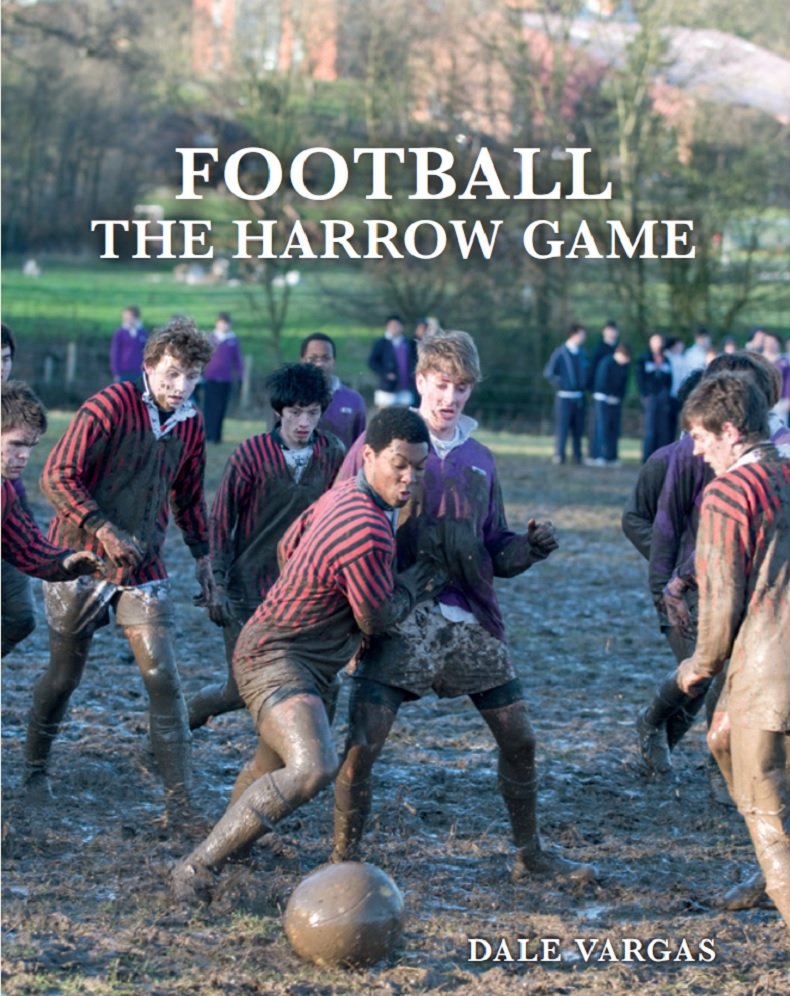 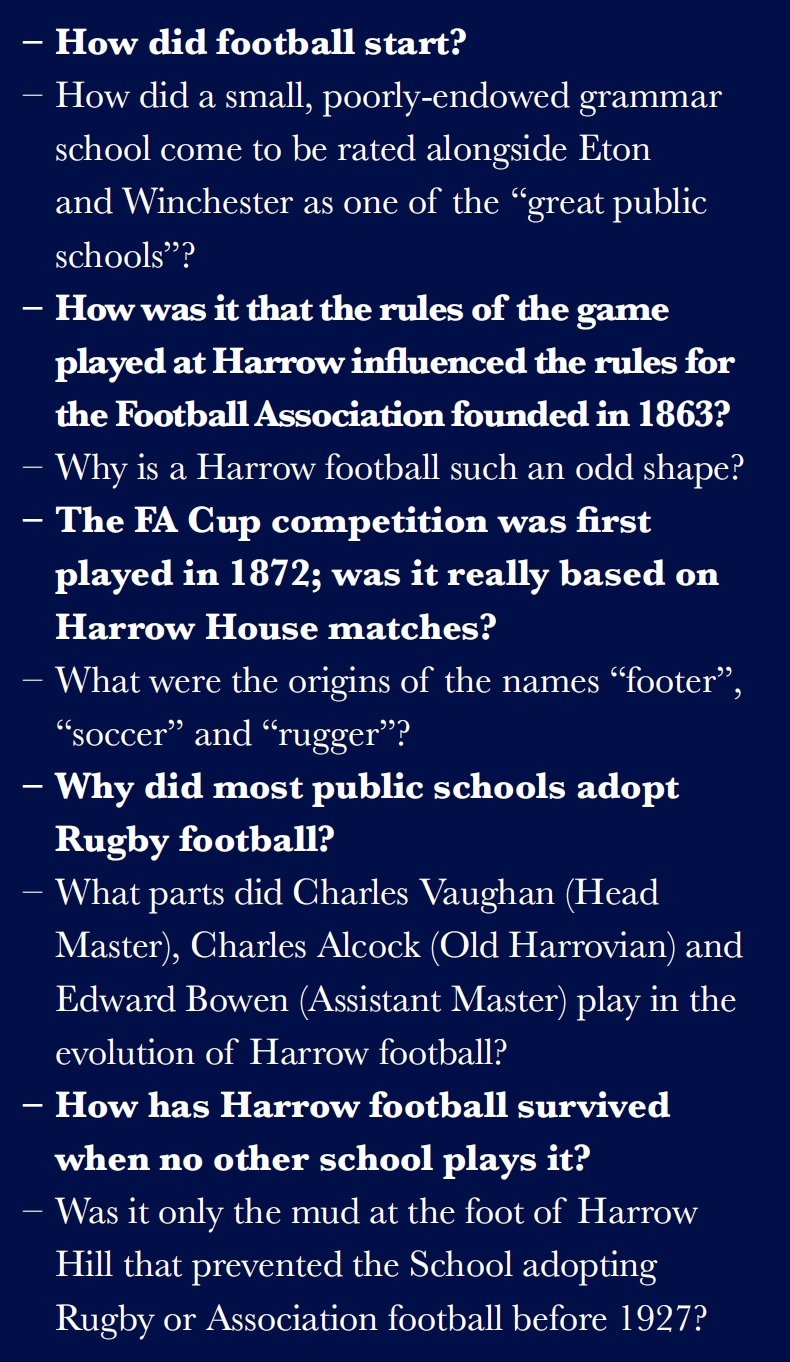 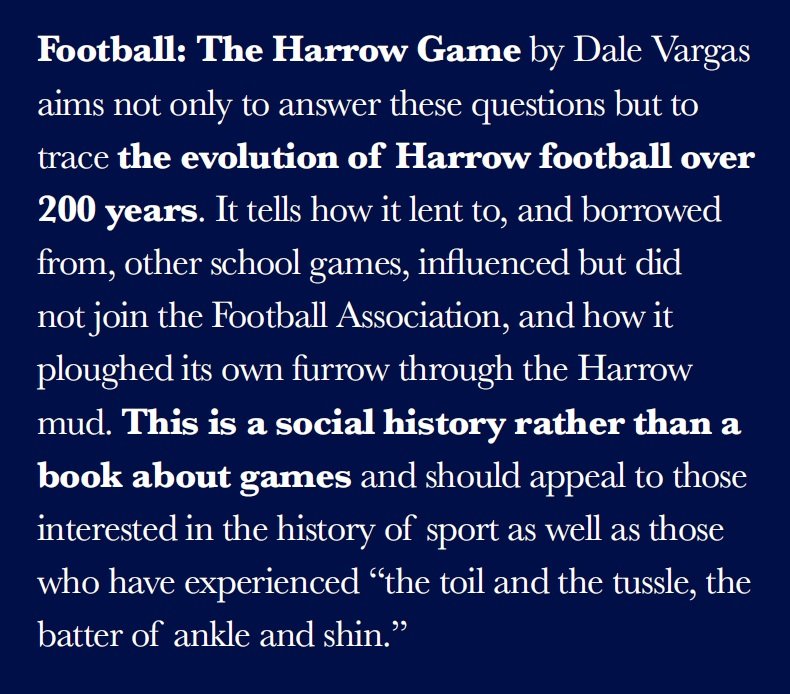 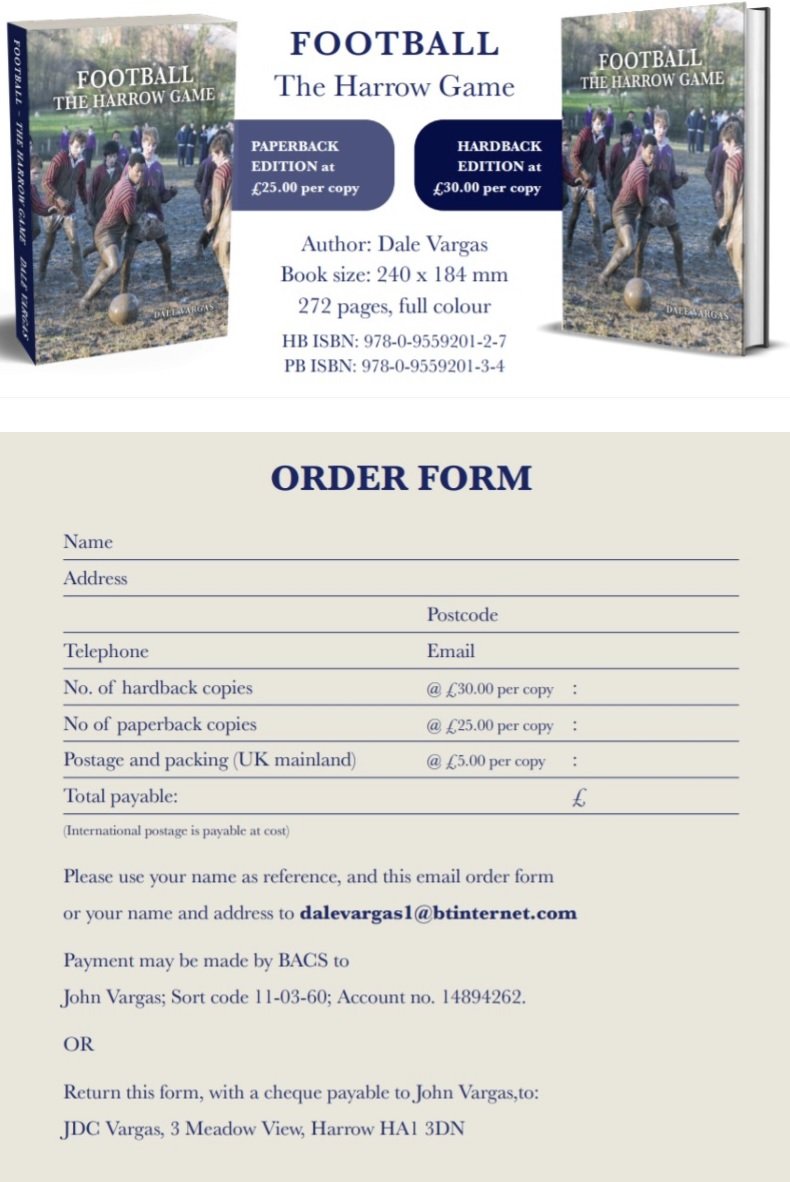