After what seems like an age, competitive Arthurian League football returns for the 2020/21 season and what better way to kick things off than with one of the glamour fixtures of any season, the Old Etonians taking on the mighty OHAFC.

Last season saw the two teams meet three teams in League and Cup, with the OHAFC enjoying comfortably the better of things. In the League, the Blues took four points from six, with the two fixtures taking place on consecutive weekends in February, just a fortnight prior to the season’s premature end due to Coronavirus. A 1-1 draw was secured at Eton courtesy of a James Breeden goal, before a fine 3-1 win on the Harrow School astroturf the following Saturday ensured the OHAFC were mathematically safe from relegation, James Breeden again scoring once, with older brother Alex grabbing the other two, including a superb headed effort.

But the most memorable performance, and probably the 1s’ best display of the season, came in the first round of the Arthur Dunn Cup. Drawn away to the Etonians, who had reached the previous season’s final only to lose in extra-time to the all-conquering Old Carthusians, the OHAFC arrived with a heavily depleted squad, opened up a two-goal lead prior to the break courtesy of goals from James Breeden and James Tippett, then had to replace the injured Jack Hill with 45 year-old veteran David Lederman – who had already played 75 minutes for the 2nd XI earlier than morning! Remarkably, a second James Breeden goal with a quarter of an hour remaining ensured it was the visitors who would progress into round two. 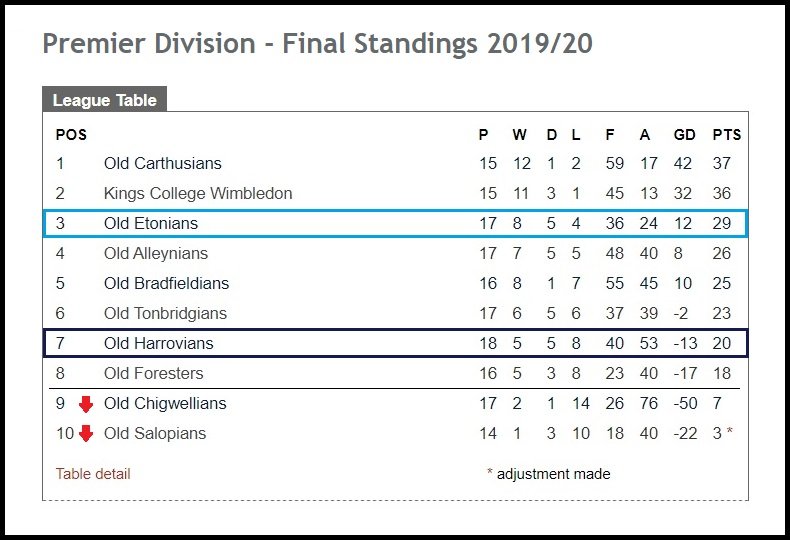 Nevertheless, the OHAFC will be under no illusions that this Saturday’s trip along the M4 will present them with another simple opportunity to collect three points. The Etonians looked set to finish third in the table prior to the premature ending of last season and have consistently produced powerful, dynamic sides in recent seasons.

Harrow’s task will also be harder thanks to the absence of striker James Breeden, who has decided to test himself at a higher level of non-League football this season – the club wishes James all the best with that. Two youngsters are set for their OHAFC debuts, with Peter Chadwick and Chris Abdo given a baptism of fire against the old enemy.

Something of a false start for the OHAFC 3rd XI, now led by a newly-formed captaincy group including five regulars, as this League game against the Old Stoics is rather surprisingly designated a friendly due to the Stoics’ inability to raise a full side. 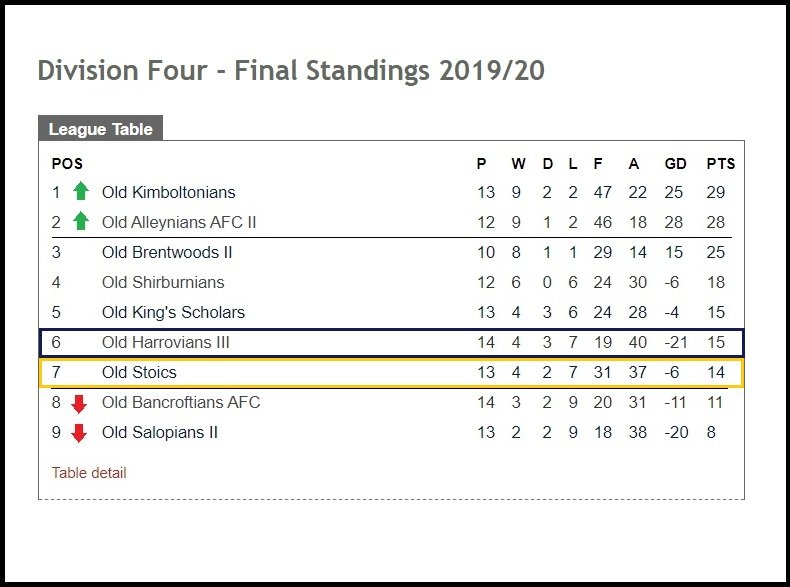 Instead, the sides will play a non-competitive game on the Harrow astroturf in a bid to shape up for the Division Four season that lies ahead. Last season the two sides were separated by just a single point and a single place in the League standings when the season was curtailed in March. Stoics enjoyed the better of things in the two League meetings, both of which were played prior to Christmas, winning 3-1 at home and earning a 1-1 draw on the Hill.