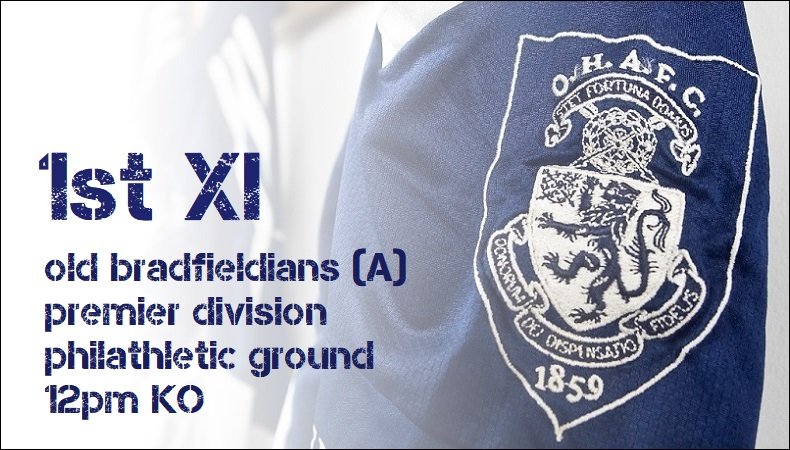 The OHAFC 1st XI return to action on the Hill for the first time this season, although with impeccable timing the downpour on Friday has ensured all the action will be taking place on the Harrow School astroturf and not on the Philathletic pitches.

Regardless of the venue or surface, Saturday’s game at home to the Old Bradfieldians (although nominally the ‘away’ fixture) is an important one. The encouraging performance away to the Old Etonians on the opening day of the season has subsequently been overshadowed by two heavy defeats, away to the Old Carthusians and, last weekend, Old Tonbridgians that have left the Blues bottom of the Premier Division table. 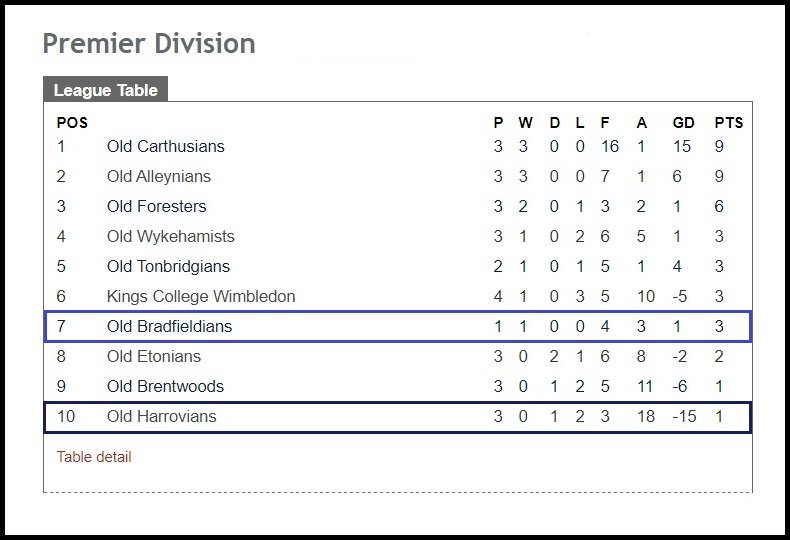 Saturday’s game represents an excellent opportunity to get the season back on track, against the only side the Blues managed to do the League double over last season: the hosts won 4-3 on the Hill on the opening day of the season before winning the return fixture 6-4 on the astroturf at Hampton.

With a strong squad of fourteen available, skipper Fraser McGuinness will be hoping a return to home comforts brings about a return to form and three badly-needed points. 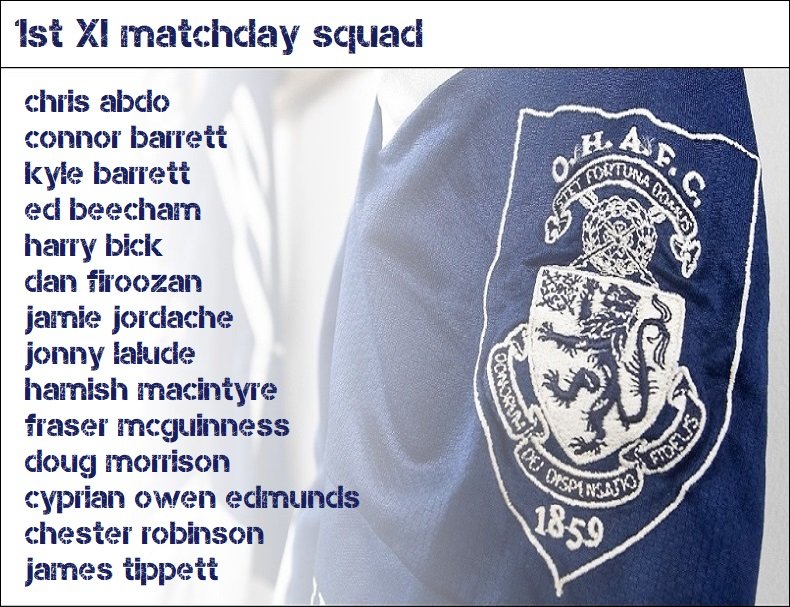 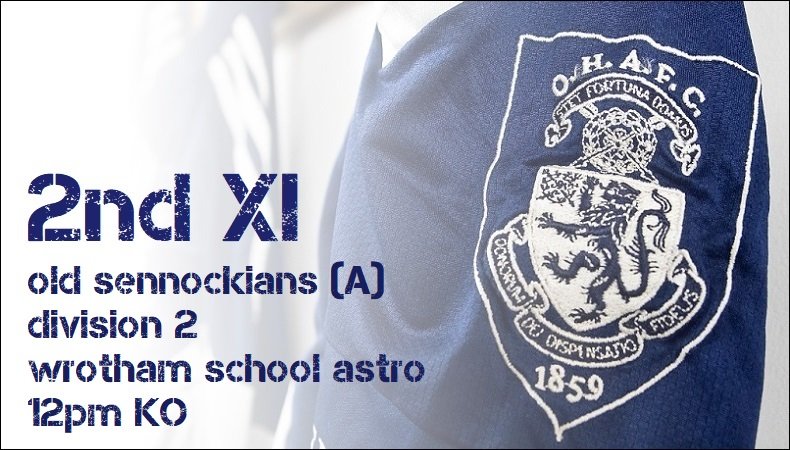 For the first time since stats began at the start of the 2009/10 season, an OHAFC side will begin their League campaign with four consecutive away fixtures. The late conversion of the Phil pitches to use for football has seen the 2nd XI draw the short straw: not only are they on the road once again, but they endure their longest trek of the season with a journey around the M25 to Kent to face the Old Sennockians.

Despite the arduous journey, and the appalling weather forecast that suggests pouring rain throughout the day, the Blues should travel in high spirits. Last weekend’s fine comeback away to the Old Etonians, sealed with an Alexi Pittalis header just three minutes from time, showcased the superb team spirit among the group, who overcame a torrid opening to the game to fight back and earn a well-deserved point. The Blues are also boosted by the return of centre-half Tom Ward, who will be hoping to put behind him the hamstring issues that have plagued him in recent months.

For their part, the Sennockians welcome the OHAFC with ample motivation of their own to put on a strong showing. They remain the only side in Division Two yet to earn a point, albeit having only played a solitary game: the 2-0 loss at home to the Old Johnians last weekend.

The Blues welcome back Rollo Hovey and Jack Robinson for their first appearances of the season and will give a debut to Ed David, the apparently quicker brother of winger Tristan. Charlie Walsh remains between the sticks after his fine display at Eton last weekend. 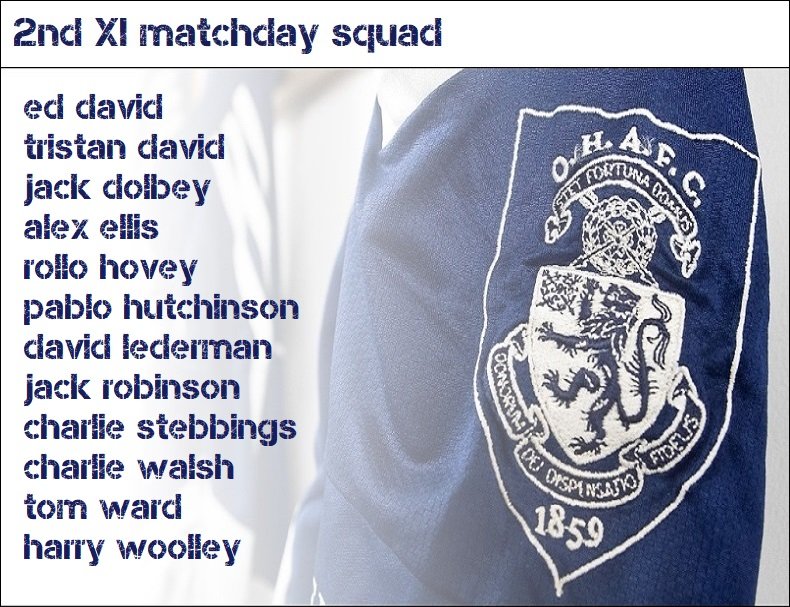 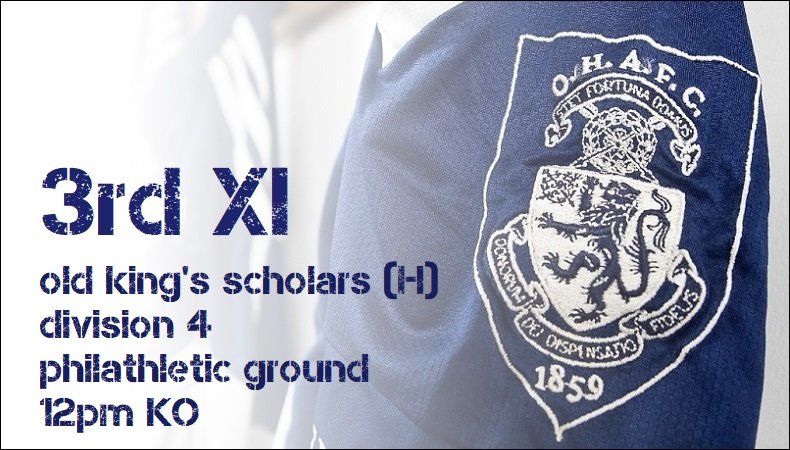 Despite a much more encouraging performance, the OHAFC 3s were on the wrong end of a second consecutive defeat last weekend, losing 6-3 away to their Old Alleynian counterparts in a feisty encounter in south London. The sides were locked at 3-3 at half-time, but a couple of goals shortly after the break handed the initiative to the hosts and they went on to seal the win, leaving the Blues pointless from their first two games.

Morale in the camp remains strong however, and another excellent turnout ensures a full squad of fourteen will be present for the visit of the Old King’s Scholars to the Hill on Saturday. As is the case with the 1s’ fixture, the game has been moved to the school astroturf due to the heavy downpour. 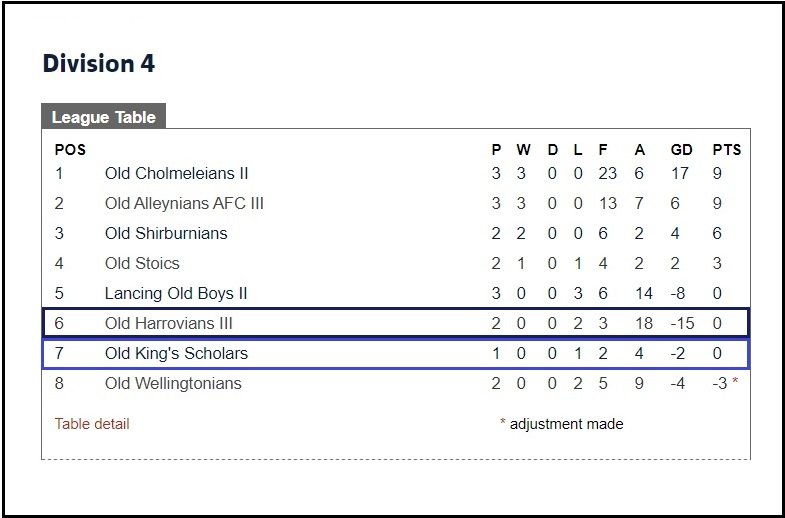 In fact, Saturday’s fixture will see at least one of the teams earn their first points of the season, with King’s Scholars also searching for their first positive result. Their only previous game saw them lose 4-2 away to the Alleynians, suggesting that this could be a fairly evenly-matched encounter. And last season’s meetings between the teams lends weight to that theory, with the sides drawing both fixtures, 3-3 on the Hampton astroturf and then 0-0 on the Phil – although the OHAFC were later awarded the points from that game when Kings turned up with, bizarrely, an Old Harrovian in their side! 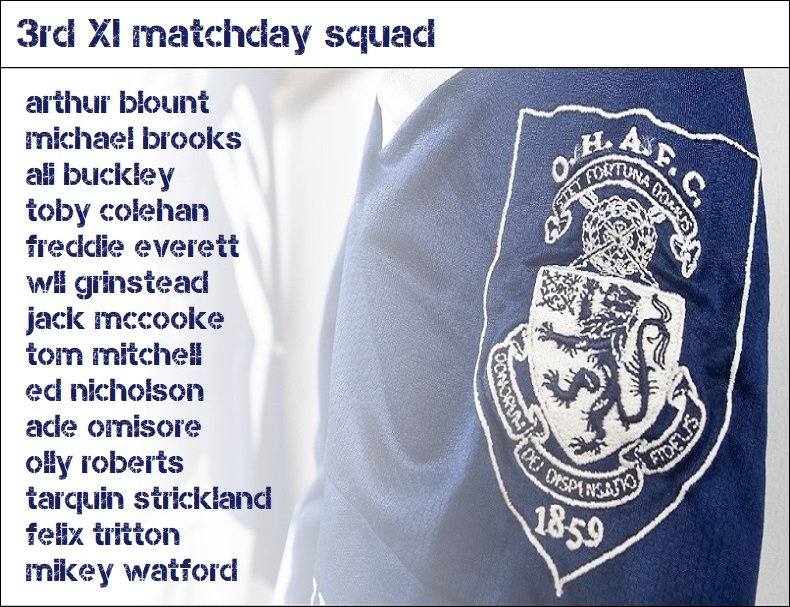