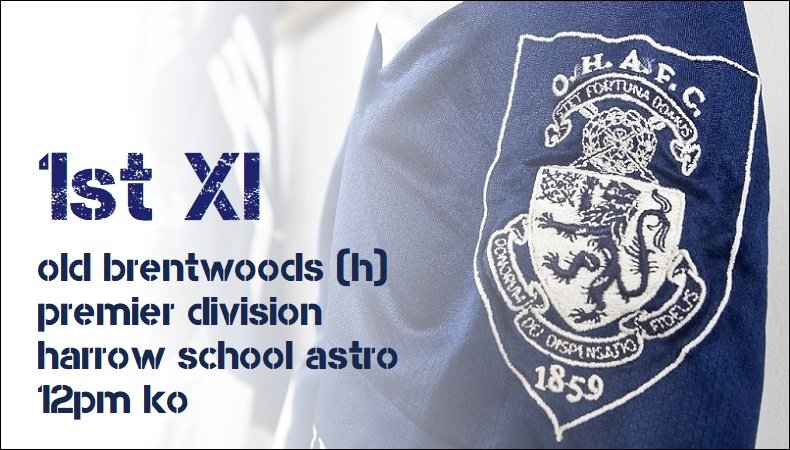 The less said about last week’s 6-1 loss to the Bradfieldians, the better. A weakened OHAFC side, including several 2s regulars, competed well in the first half and only trailed 2-1 as the interval approached. But goals either side of the break ensured the visitors would be taking the points and the second half turned into something of a procession. As a result the OHAFC remain rooted to the foot of the Premier Division table. 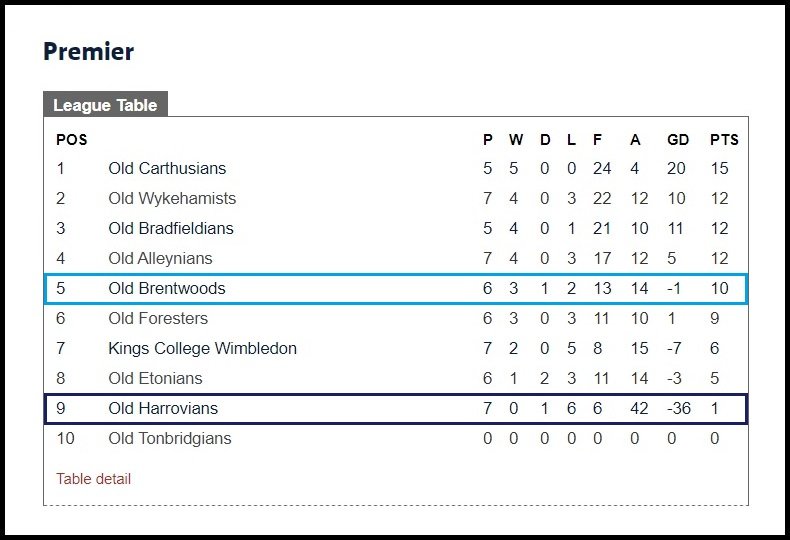 Brentwoods were promoted as Division One champions last season and have made an encouraging start to life in the top flight so far, winning three and losing three of their first seven fixtures. However, there is some hope for the OHAFC, with the Essex side having conceded the second most goals in the division – 18. And a glance at the head-to-head record between the sides over the past decade offers further cause for optimism, with the OHAFC enjoying much the better of things in Premier Division meetings: nine wins and a draw from fourteen games, six of those victories coming from the seven home games. 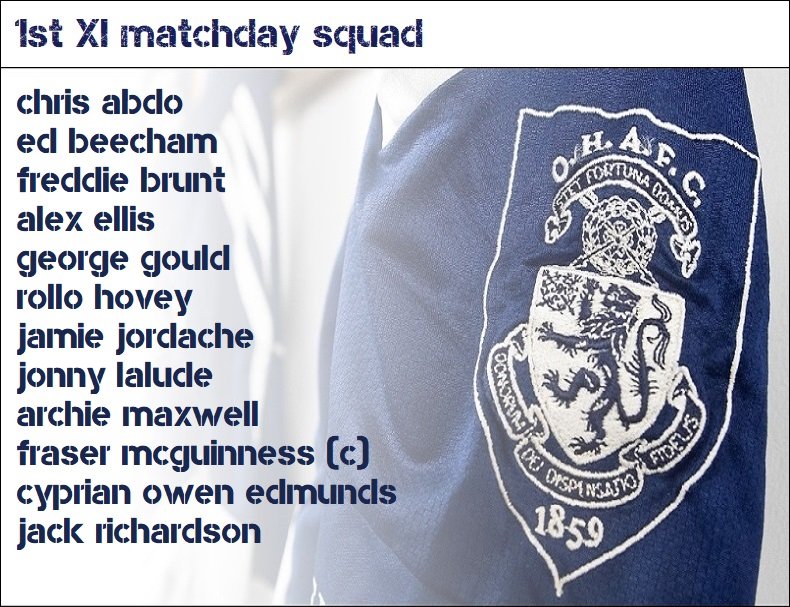 With a much stronger squad available for this week, and the Blues playing on their favoured artificial surface, this fixture offers a real chance for the OHAFC to secure a first precious League win of the season against one of their direct rivals. 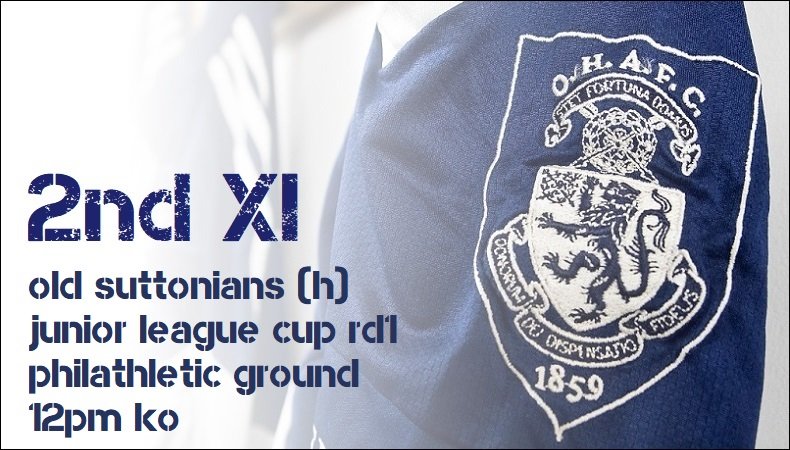 The OHAFC 2nd XI finally resume their season on Saturday following a six-week break with an enticing Junior League Cup tie at home to Division Three bottom side the Old Suttonians on the Philathletic Ground.

Both sides have struggled badly so far this season, with the OHAFC yet to record a win in Division Two and the Suttonians managing just one in Division Three. But a late cry-off has seen them deducted three points leaving them at the foot of the table as the halfway point approaches. 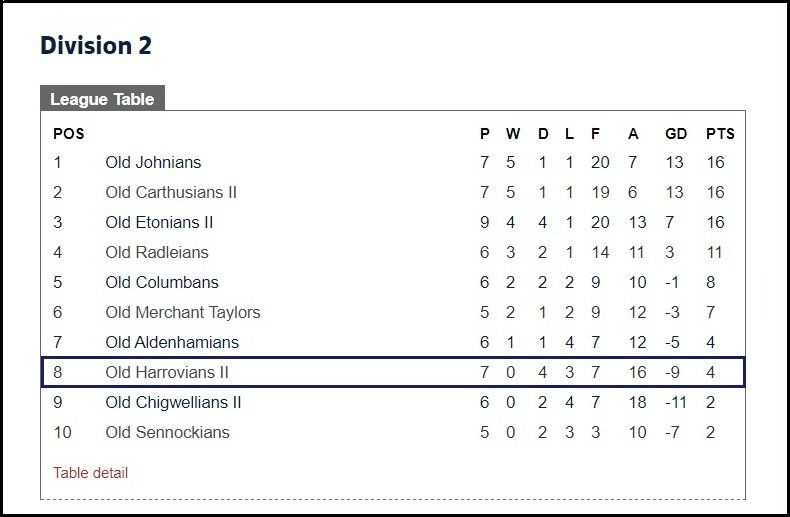 The OHAFC 2s, who have been hamstrung by injuries this season, have been competitive in every game they have played, with the exception of the 5-0 defeat at home to a strong Old Johnians side at the end of October. Four draws and two narrow defeats by 2-0 scorelines to Merchant Taylors and the Carthusians 2s have left the side eighth in Division Two and facing a struggle to maintain their status in what is proving a highly competitive group this season. 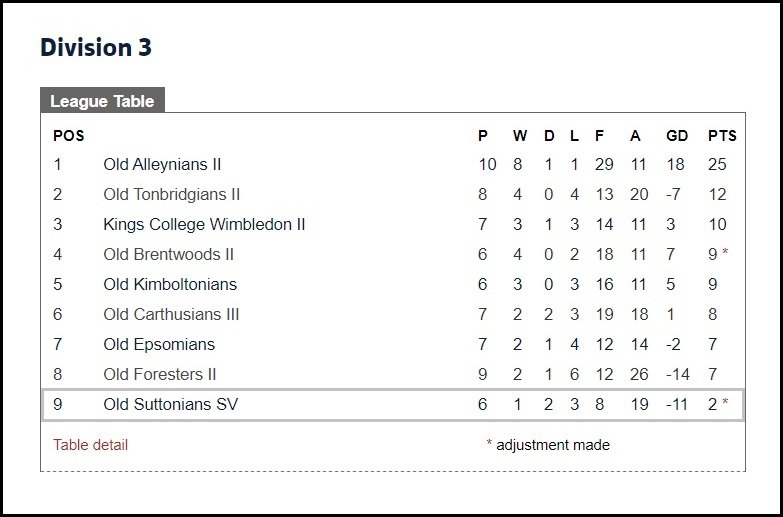 But Saturday’s cup tie offers a great chance for the team to not only earn a first win of the campaign, but to kickstart another lengthy cup run. The side’s record in the Junior League Cup has been excellent in recent seasons, with two trips to the semi-finals in the last three years. Disappointingly, the Blues have narrowly come up short both times, so there can be no greater motivation to reach this year’s final. 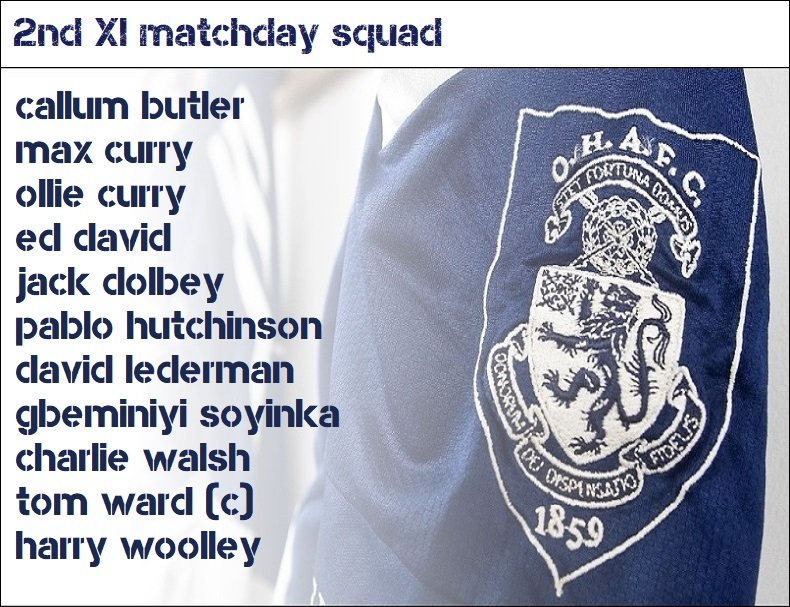 Player availability is still an issue for skipper Geoff Taunton-Collins, with at least seven regulars either out injured or shielding prior to the Christmas break. As a result, Calum Butler is set for his full OHAFC debut having previously made a brief substitute appearance. With the second round draw yet to be made, the victors of Saturday’s tie won’t know their fate until later. For the OHAFC, being in the hat is all that matters. 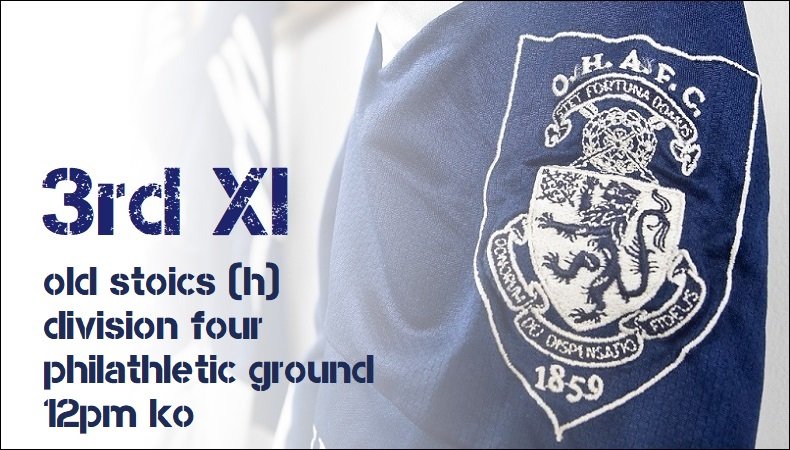 The OHAFC 3rd XI must put the disappointment of last weekend’s surprising Junior League Cup defeat at home to Brentwoods 4s firmly behind them as they now face a crucial Division Four clash with the side just above them in the table, the Old Stoics.

The 3s paid for their slow start last weekend in a dire opening half an hour in which they fell behind 3-0 to their Essex visitors. Despite a much-improved second half display, they were left with too much to do and fell to a rather embarrassing 3-2 defeat to one of the weakest sides in the League. 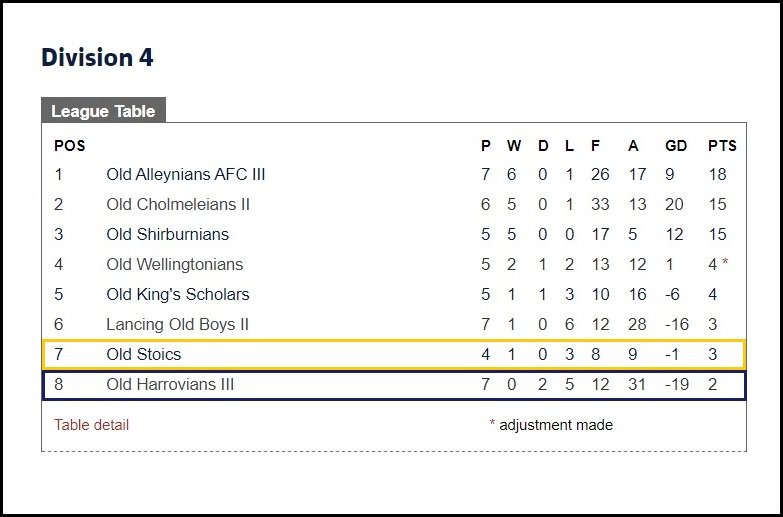 There can be no repeat this Saturday when the Old Stoics travel to the Hill. The two sides are bottom of Division Four and in desperate need of the points, although it should be noted just two points separate the bottom five sides in the division.

Despite last week’s Cup defeat, the Blues’ League form had steadied prior to lockdown, with narrow defeats to the Alleynians 3s, Shirburnians and Lancing 2s. The 3s are playing well enough, but just lacking the clinical instincts in either penalty area. Stoics’ record should provide some cause for optimism, however, given that they have scored the fewest goals in Division Four this season. Although that fallibility in front of goal is not mirrored at the other end, where the Stoics have a strong defensive record, conceding just nine times in their four matches to date. 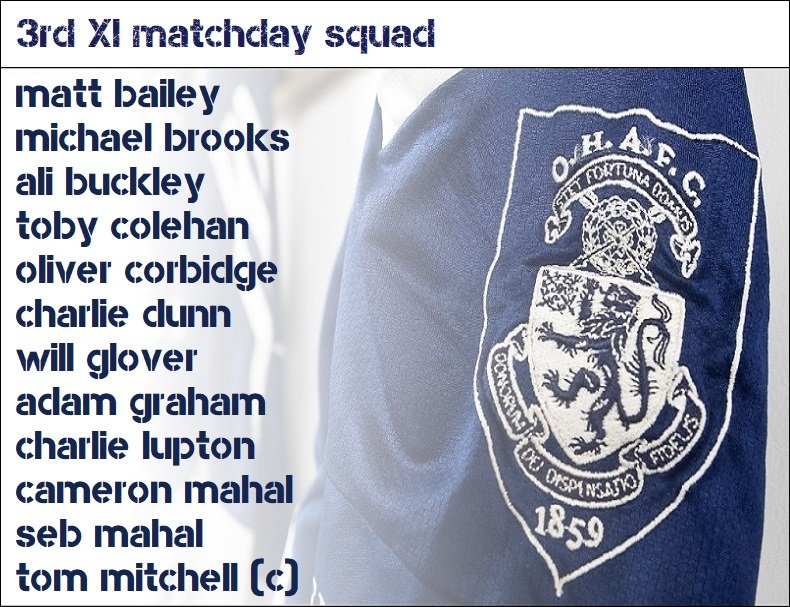 The 3s will, unfortunately, be without both first-choice centre-halves for tomorrow’s clash, Ed Nicholson and Felix Tritton unavailable for selection. Seb Mahal, younger brother of Cameron, is set for his OHAFC debut. With only one other Division Four fixture taking place tomorrow, the victors can expect to climb into a much healthier mid-table position prior to the Christmas break.