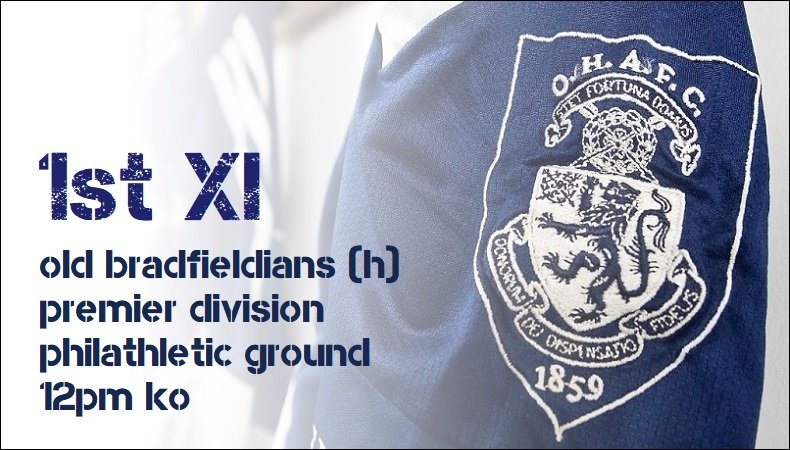 Arthurian League football is back and the OHAFC 1st XI are handed a tough first test on their return with the visit of high-flying Bradfieldians to the Hill – a side who stuck six past the Blues back in October. Although the side from Reading sit fourth in the table, they have played only four games to date, tasting defeat just once, a thrilling 5-4 loss at home to this season’s surprise package, the Old Wykehamists, in the final game played pre-lockdown. 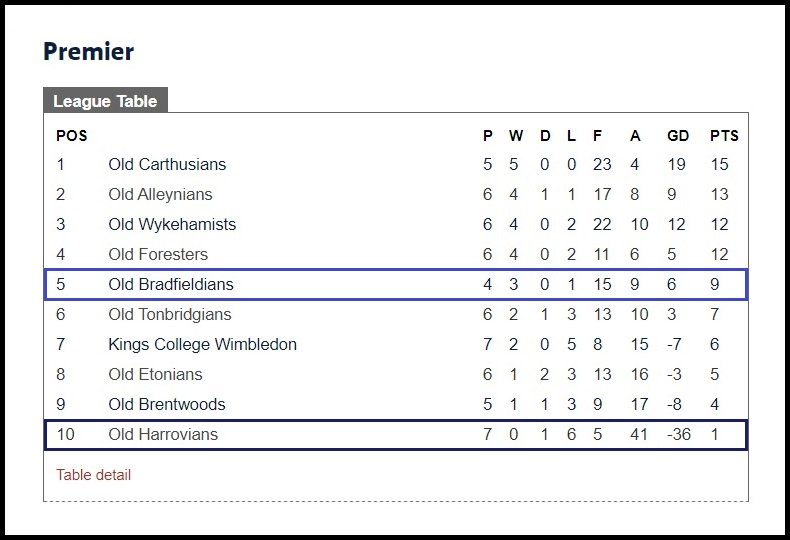 Bradfieldians have also played no less than four Arthur Dunn Cup ties since the start of September, beating the Old Tonbridgians in a replay in last season’s postponed semi-finals before hammering the poor Eastbournians 10-0 in the first round of this season’s edition. The following week the Blues were brought back down to earth with a 2-0 loss to the Carthusians in the 2020 final. Nevertheless, with a 6-1 win on the Harrow astro back in October, as well as further League wins at KCS Wimbledon and Foresters, it’s clear the OHAFC will have their work cut out to end a run of six consecutive League defeats stretching back to the middle of September. 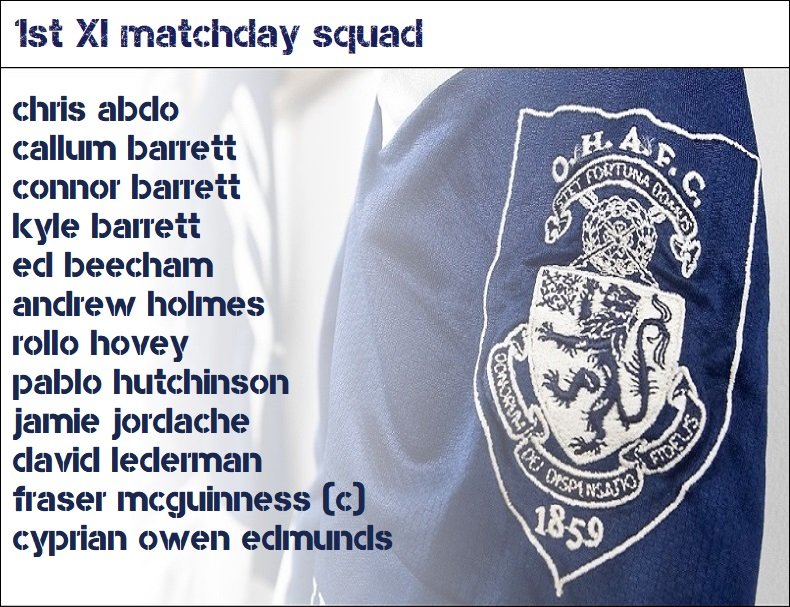 Skipper Fraser McGuinness has not been helped by his squad this week, with availability shockingly poor – strange given that there has been no football for over a month now. Indeed, such is the shortage of bodies, 2s regulars Pablo Hutchinson and David Lederman will both start tomorrow, Hutchinson playing the lone striker role, 46 year-old Lederman having to dig deep and draw on all his years of experience in a central midfield role alongside Ed Beecham and Andrew Holmes, who makes his first ever start for the club. 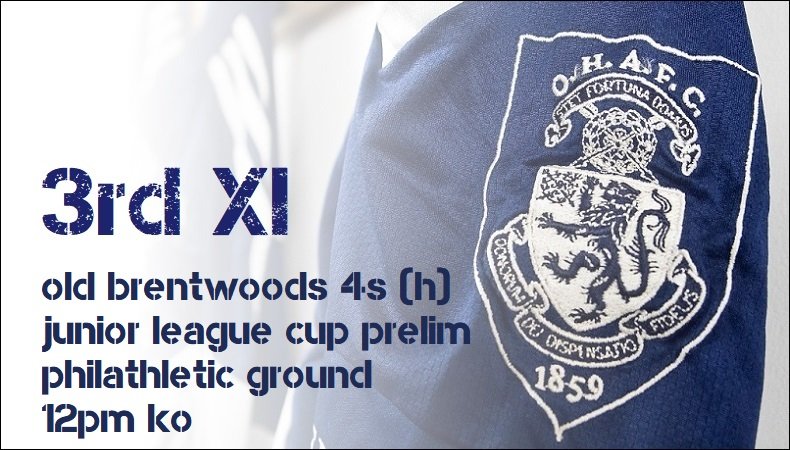 If the opening task following lockdown for the OHAFC 1st XI is a tough one, the 3s, on paper at least, go into their Junior League Cup preliminary tie at home to Old Brentwoods 4s as huge favourites. Despite not yet winning a fixture this season, the Blues find themselves up against one of the weakest sides in the entire Arthurian League: Brentwoods have played six games in Division Five North, lost them all, scoring just seven times and conceding an incredible 60. 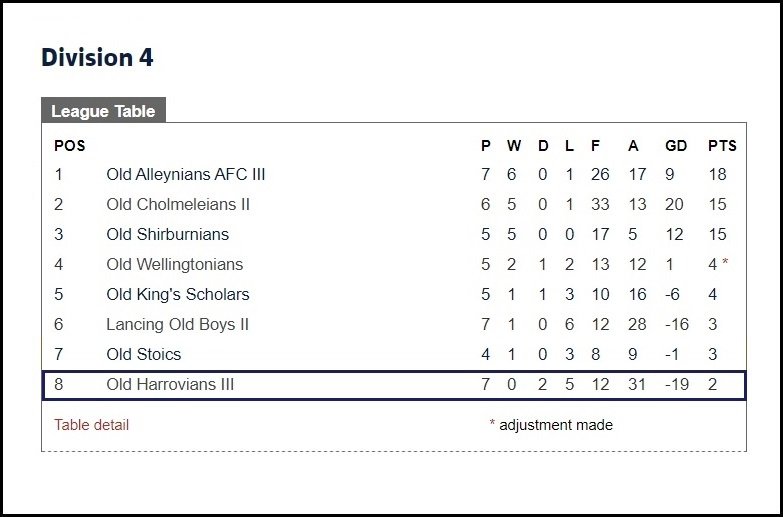 Brentwoods have suffered some extraordinary reverses this season, conceding eight goals twice, nine goals once and, ridiculously, NINETEEN goals to the Old Albanians back in September. In fact, their best result of the season so far was the 6-1 defeat away to Merchant Taylors 2s in mid-October. It is fair to say they travel west more in hope than expectation. 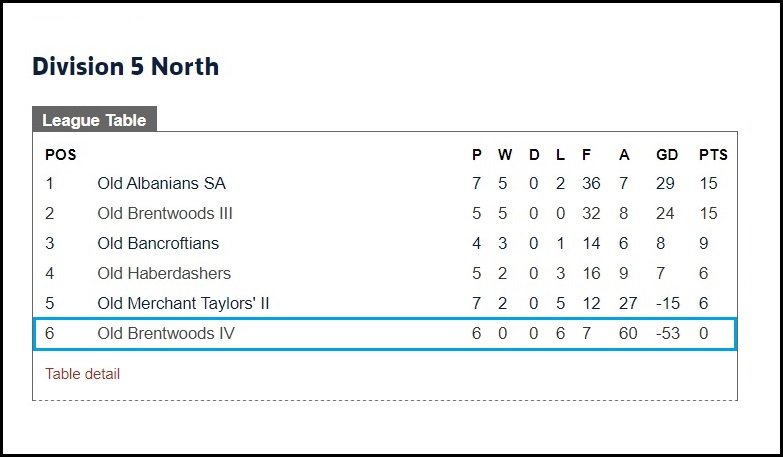 Meanwhile, the OHAFC 3s have themselves been frustrated in their search for an elusive victory, although performances have improved noticeably since the pair of heavy defeats at the start of the season. Last time out, on the final day of October, the Blues were incredibly unlucky not to collect a point at home to Division Four leaders the Old Alleynians 3s, coming out on the wrong end of a 4-3 scoreline. 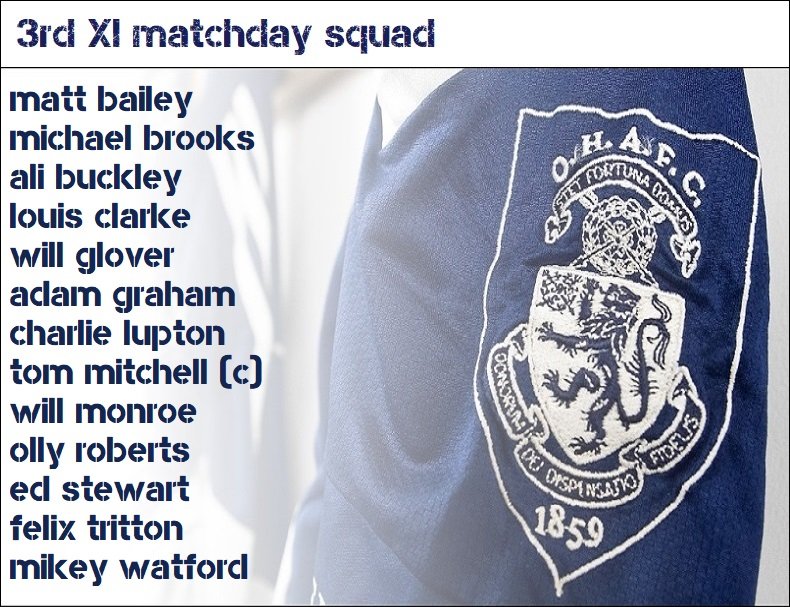 Although the side have a poor record in this competition in recent seasons, reaching the second round in just one of the previous five seasons, this should be the ideal opportunity to at least notch up a first win of the season and potentially start a longer cup run this time around.