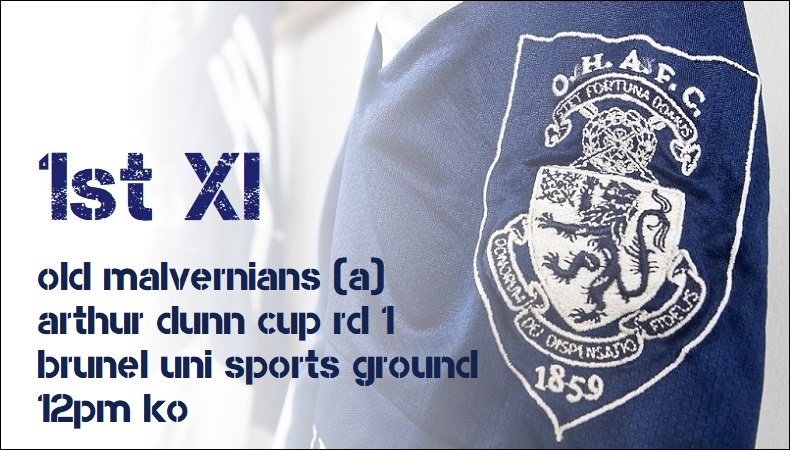 The OHAFC 1st XI can finally put their Premier Division struggles behind them, albeit for just a weekend, when they travel down the A40 to Uxbridge University to take on Division One side the Old Malvernians in the first round of the Arthur Dunn Cup on Saturday.

Despite an improved performance against KCS Wimbledon Old Boys last time out, the Blues still fell to a 1-0 defeat that keeps them rooted to the foot of the table, without a win to their name from their first six League fixtures. The hugely encouraging point away to the Old Etonians on the opening day of the season now seems like an awfully long time ago. A long run in the Cup would certainly improve confidence. 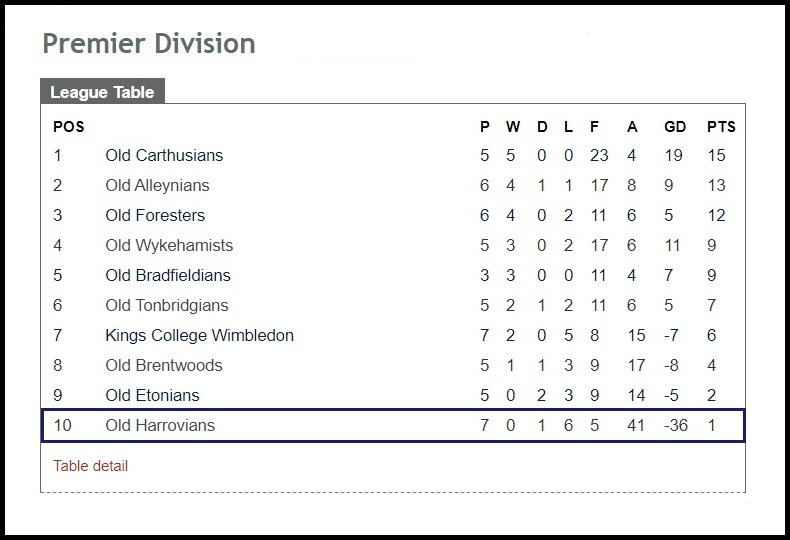 In recent seasons, the Blues have struggled to progress beyond the second round, last reaching the quarter-finals in the 2015/16 season. The luck of the draw has certainly not been kind to them, with trips to Eton, Charterhouse and the Alleynians – three of the top sides in Arthurian League football. Last season a superb 3-0 win was recorded against the Etonians, only for the draw to then throw up a home tie against KCS Wimbledon, who at the time were challenging the Carthusians for leadership of the Premier Division. Following a hard-fought game on the Harrow astroturf, it was the visitors who prevailed, winning 3-2 after extra-time. 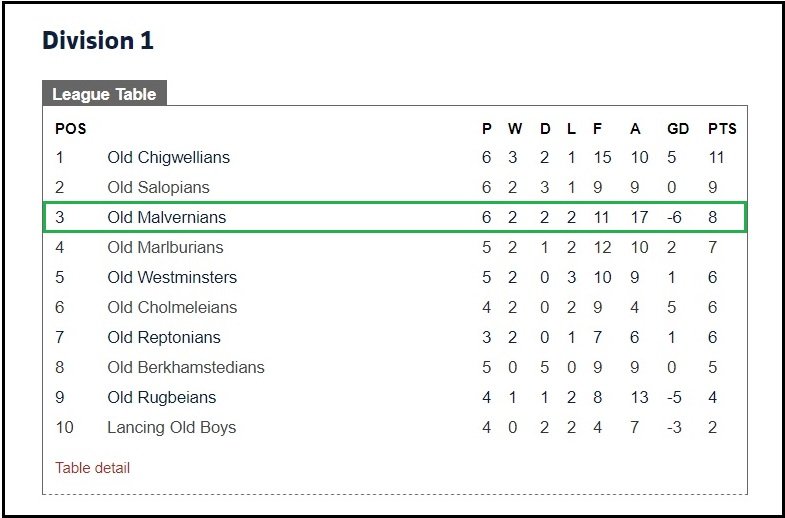 Having tightened up the defence against the same side in last weekend’s League fixture, only conceding a solitary goal late on, skipper Fraser McGuinness must somehow fashion a way for the side to rediscover their scoring touch – just two goals scored in their last six games testament to the problems the team have endured at both ends of the pitch. The remarkable statistic that the injured James Breeden has scored eight of the side’s last eleven goals in the Dunn Cup only adds to the challenge ahead. 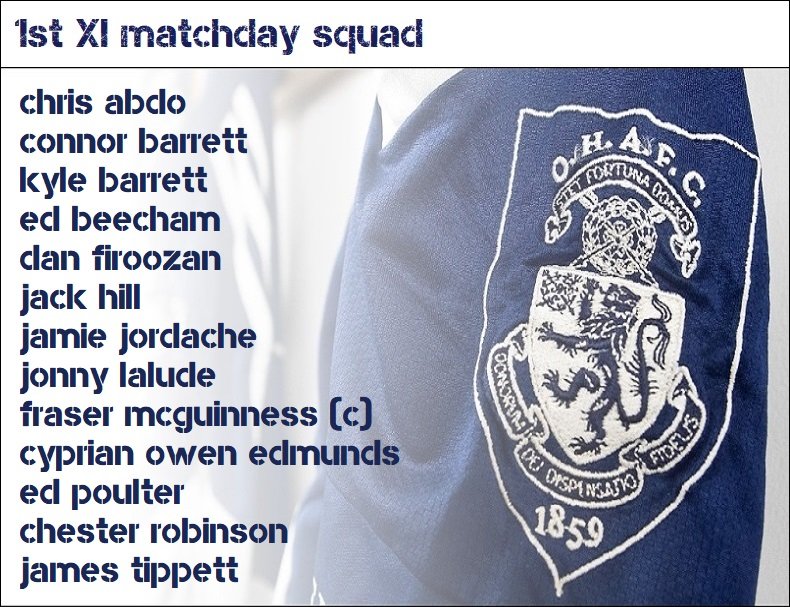 For their part, the Malvernians have enjoyed a steady start to the season in Division One with a balanced record of two wins, two draws and two defeats, although interestingly they have conceded 17 goals in those six matches – four more than any other side in the table. Whether or not this defensive frailty can help spark a spluttering OHAFC attack into life remains to be seen. 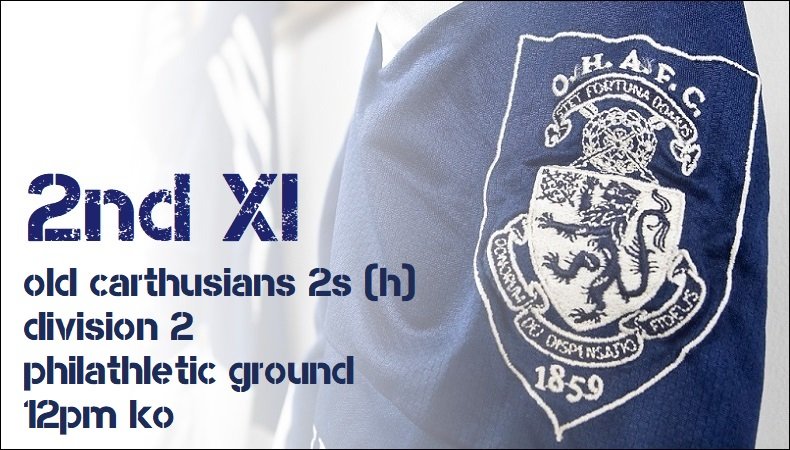 In keeping with all the OHAFC teams at the moment, life for the 2nd XI squad has not been particularly enjoyable recently, with a decent if rather underwhelming start to the season of four draws and a defeat from the five opening fixtures taking a turn for the worse with a ten-goal hammering in the Old Boys Cup followed swiftly by last weekend’s equally dispiriting 5-0 defeat at home to the Old Johnians.

The Blues are not playing poorly, but neither have they reached anything like the heights displayed at the start of last season that saw the team collect six consecutive victories courtesy of some outstanding attacking play coupled with resolute defending. 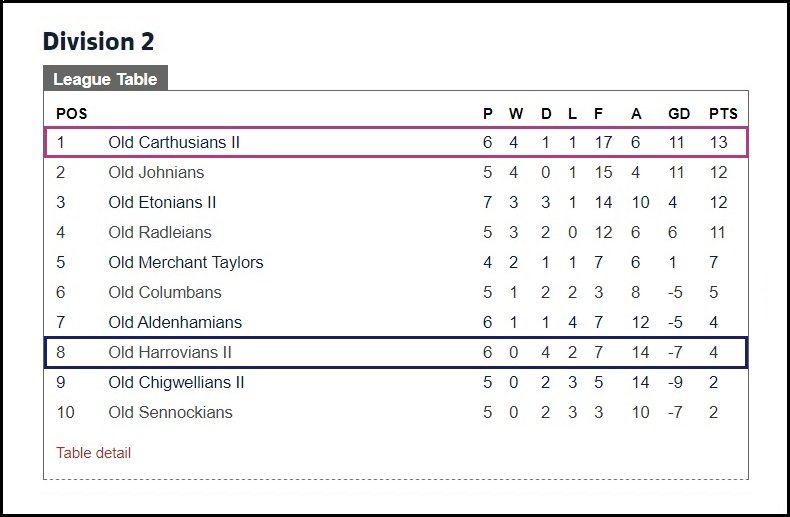 Injuries have not helped, with skipper Geoff Taunton-Collins a major loss to the team as he begins his rehabilitation following the unfortunate knee injury sustained at Merchant Taylors. But the overriding conclusion that must be drawn, even at this relatively early stage in the season, is that standards in Division Two have significantly improved. Three of the OHAFC’s four draws have come against the sides immediately around them in the bottom half of the table, with the last-gasp point snatched away to the Etonians the only exception. Saturday’s visitors to the Hill, the Old Carthusians remain as strong as ever and sit in their familiar place atop the division. Relegated Radleians were always bound to be challenging for promotion back into Division One, whilst the Johnians, promoted last season from Division Three, have proved themselves the surprise package, winning four of their first five matches, including last weekend’s comfortable win over the OHAFC.

With the Etonians continuing to prove highly competitive and Merchant Taylors looking stronger than in previous seasons, the list of teams the OHAFC can consider themselves superior to seems ever-dwindling. The return fixtures against the Sennockians, Aldehamians and Chigwellians will now take on greater significance than perhaps could have been expected at the start of the season. 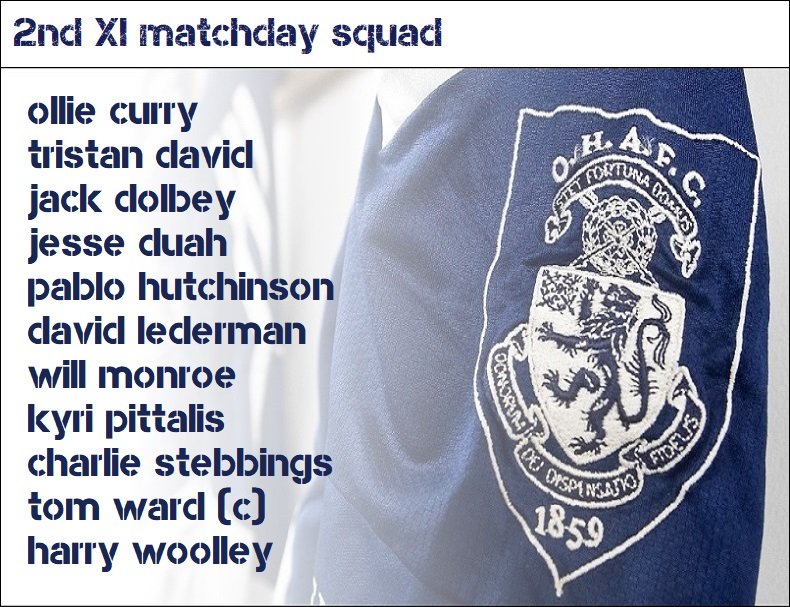 But first the Blues must face the reigning champions and the side least likely to provide them with a first taste of victory this season. The Carthusians are a notoriously teak-tough outfit at 1st and 2nd XI level and any positive result would be gladly welcomed come tea time on Saturday. For inspiration, the OHAFC need only look to what turned out to be their final game of last season: a remarkable 4-4 draw at Charterhouse, secured in the closing moments courtesy of unlikely hero Will Monroe. What they would give for a repeat scoreline this time out. 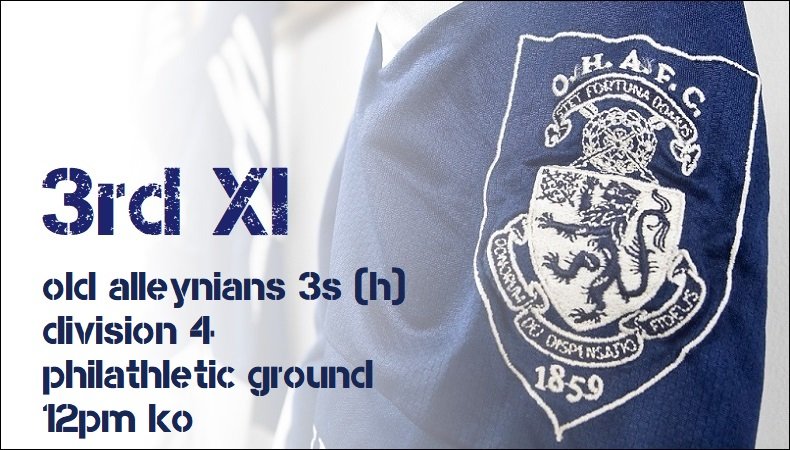 The trials and tribulations of the OHAFC 1st and 2nd XIs have been matched by those of the 3s, who also find themselves struggling at the wrong end of the Division Four table following a run of two draws and four defeats from their opening six matches. The 3s have also not performed poorly, despite suffering two heavy early defeats against the top two sides in the table, one of whom, the Old Alleynians 3s, visit the Hill on Saturday afternoon. Ed Nicholson’s men bounced back to earn a couple of draws against the Old Wellingtonians and the King’s Scholars, before suffering unfortunate defeats against Lancing 2s and, last weekend, the Old Shirburnians.

The Shirburnians game was symptomatic of the 3s performances to date, with plenty to be encouraged about but ultimately little by way of reward. A strong Will Glover run down the right wing produced the game’s first goal after half an hour, but the Blues had only themselves to blame for conceding a soft penalty shortly after the break before two late goals earned the Shirburnians victory. As is the case in Division Two, the standard seems to have risen this season and survival in Division Four will be a tough ask, despite the excellent availability and determined attitude displayed by the 3s. 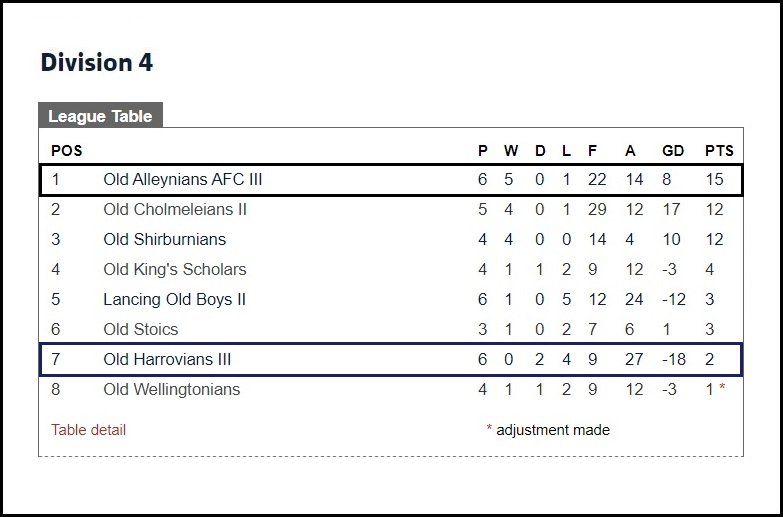 And the similarities with the 2nd XI continue as the 3s also host their league leaders on Saturday, looking for a surprise win to kick-start their season. Alleynians 3s appear destined for a second consecutive promotion having secured five wins from their first six games this season. The two sides met in Dulwich in mid-September and a shock appeared on the cards as the visitors levelled at 3-3 in the second half. But a late flourish carried the Alleynians home and last weekend’s 3-2 win away to second-placed the Old Cholmeleians 2s appears to confirm their status as favourites for the title, alongside the unbeaten Old Shirburnians.

As with the 2s, any kind of positive result would provide a huge boost for the 3s, who will have to be at their best if they are to add to their two points gained so far this season. 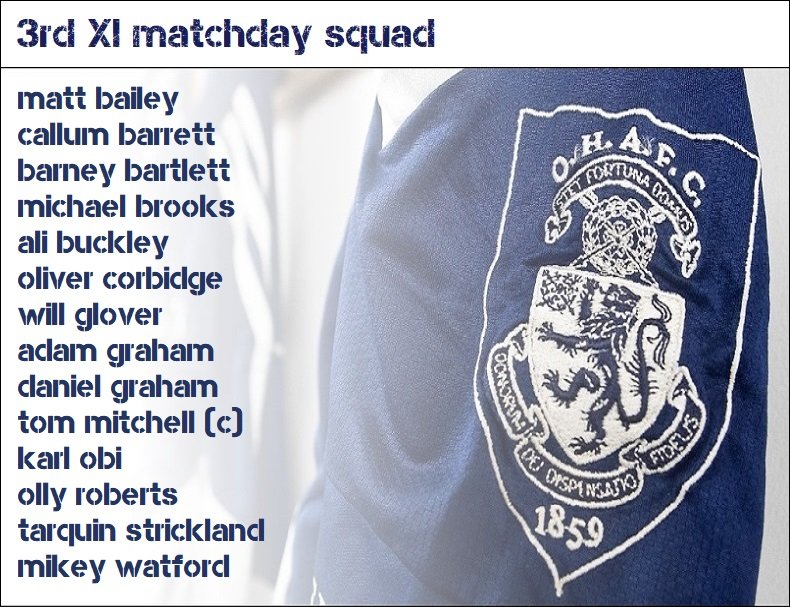